In this post, we will show and demenstrate the process taken to complete our 1963 Corvette Frame Repair Part I.

We started out by working on repairing the large dent that was found in the 1963 Corvette frame.  The idea was to cut out the section that was dented and weld in a new piece.  This way the problem would be fixed without upseting the judges. 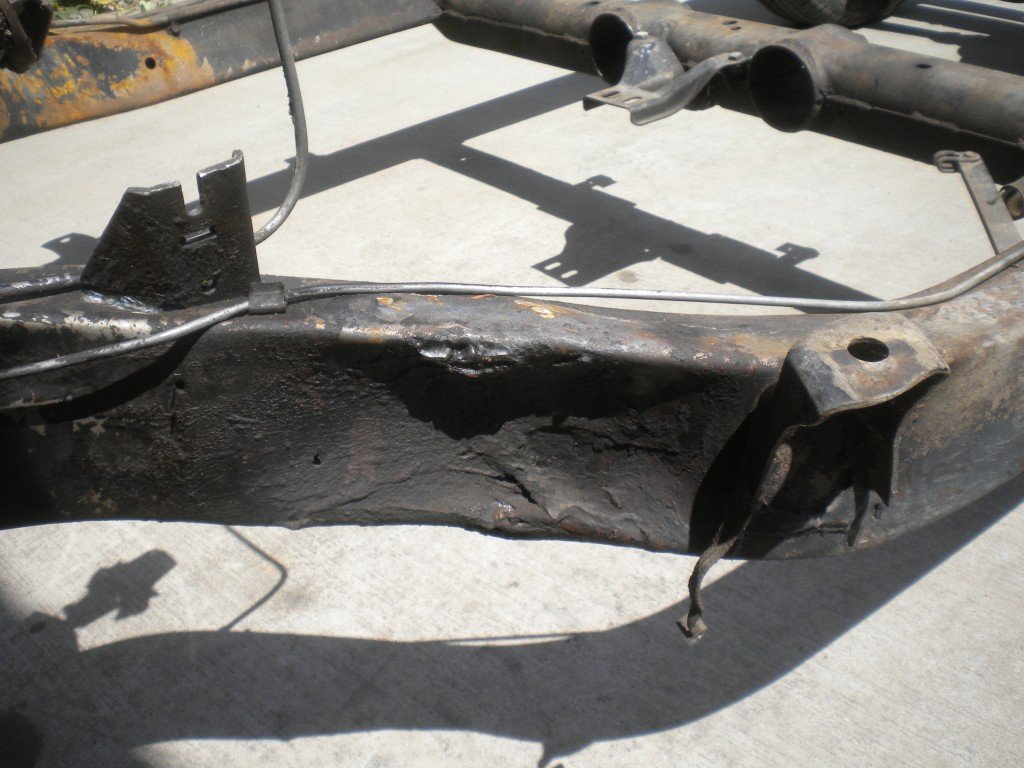 Here you can see the dent in the front driver side of the frame bulges inward.  In order to fix this problem, we need to cut a good portion out of the frame. 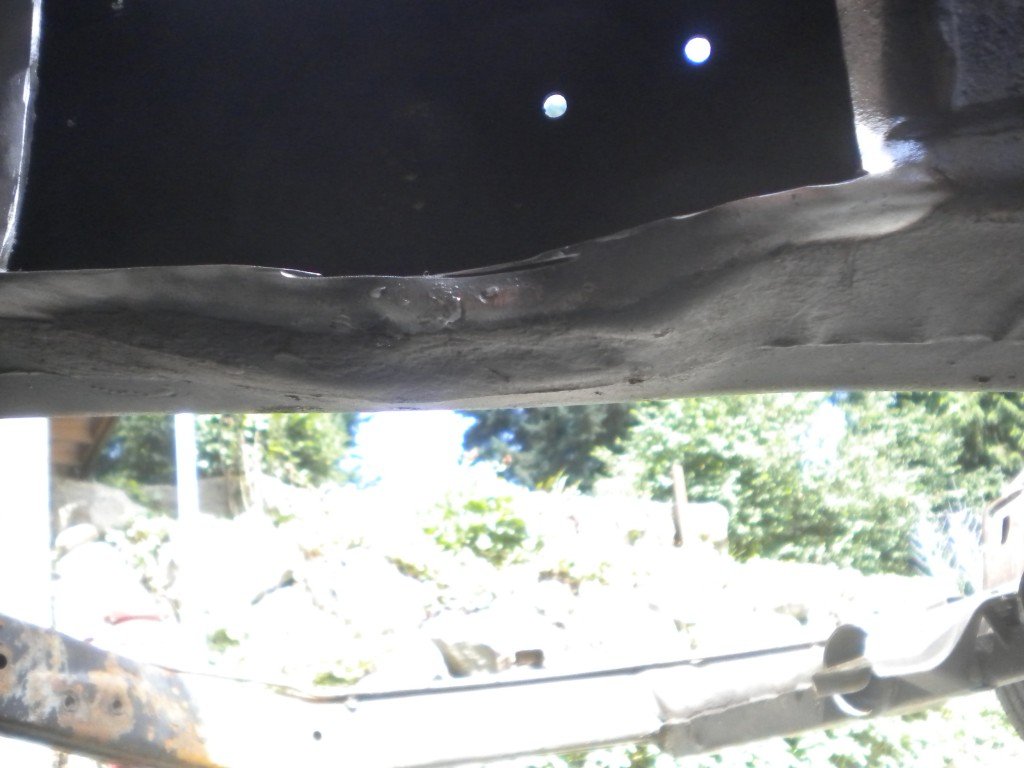 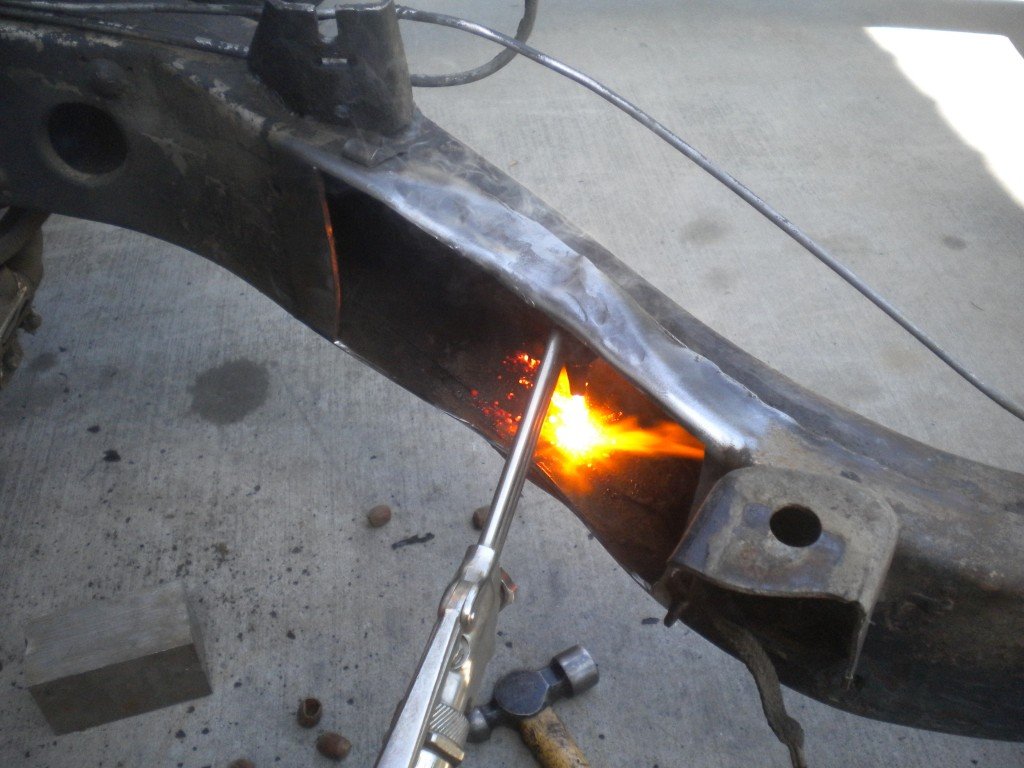 We heated the metal where the bulge was and pounded it out flat. 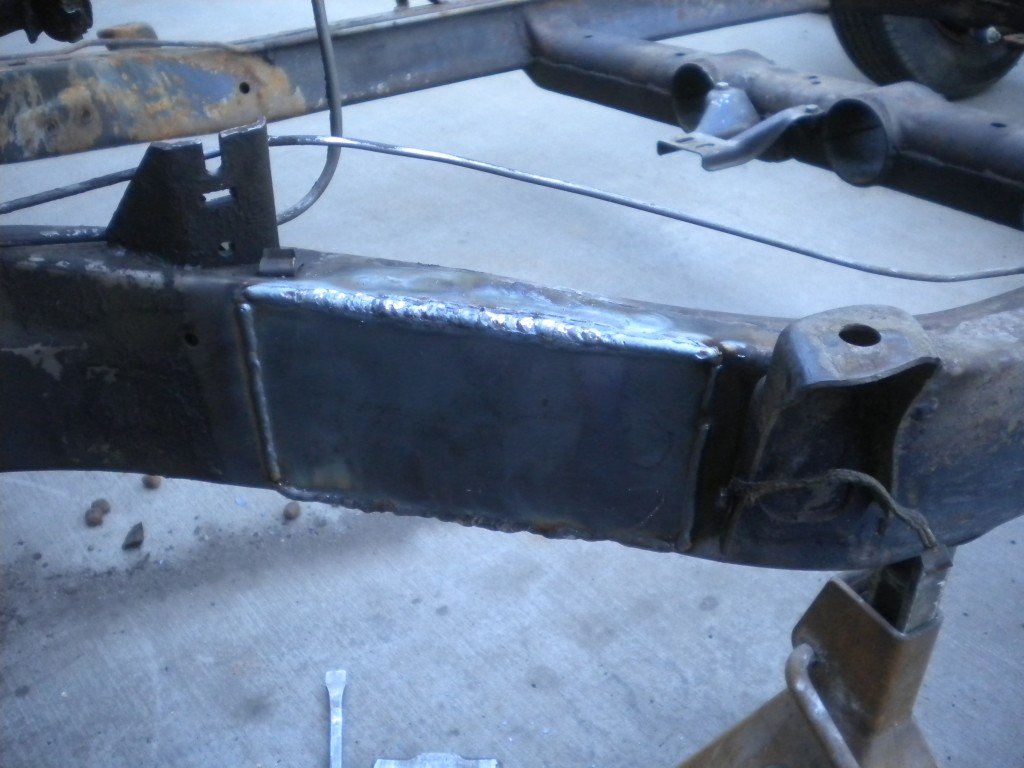 We welded in a new piece of steel in place of the dent. 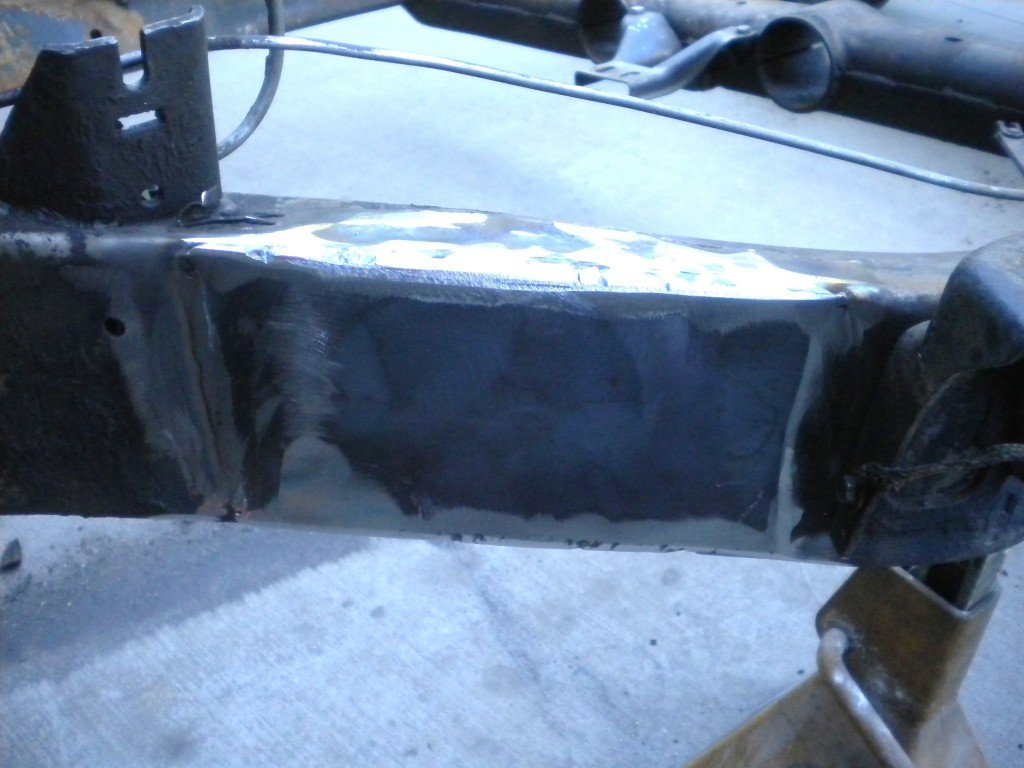 We used the grinder to flatten all the welds and round the corners.  With some metal reinforced filler and some paint the judges should never be able to tell that there was any damage to the frame.