In this thread, we’ll show you step-by-step on how to bring your 1963 Corvette Transmission Heat Shield, Ignition Shielding, and Valve Cover Decals back to life. 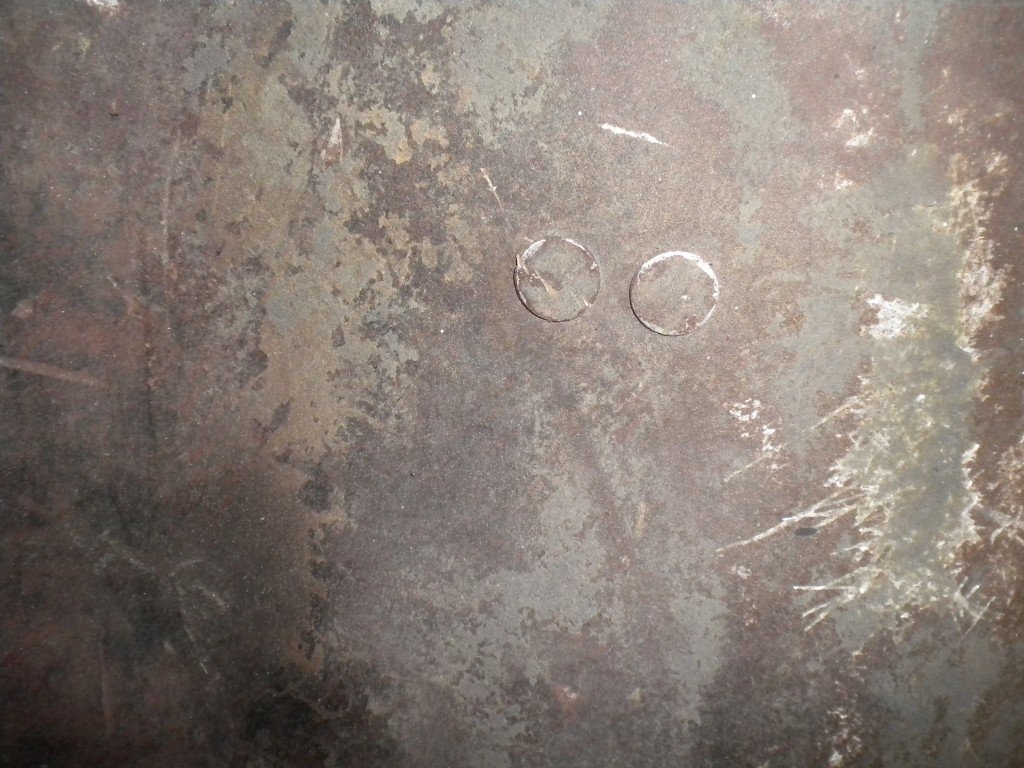 For installing the new tunnel insulator, we wanted to install new tunnel pad mounts.  The originals are riveted in, so we had to grind them off. 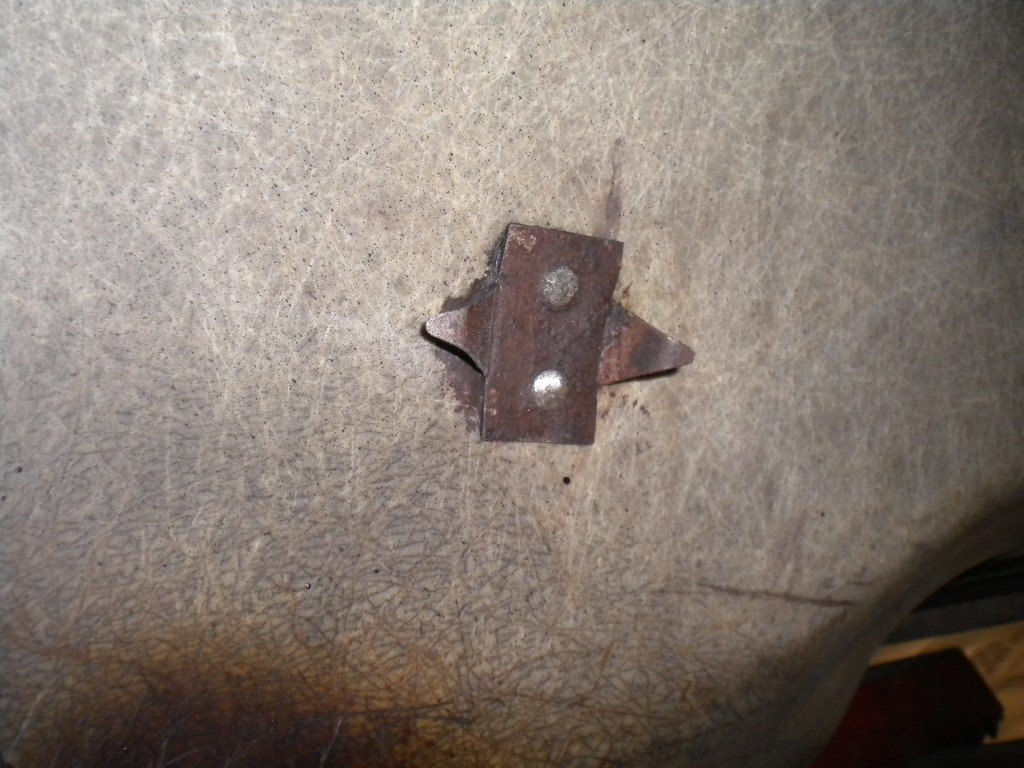 Here is one of the original tunnel mounts. 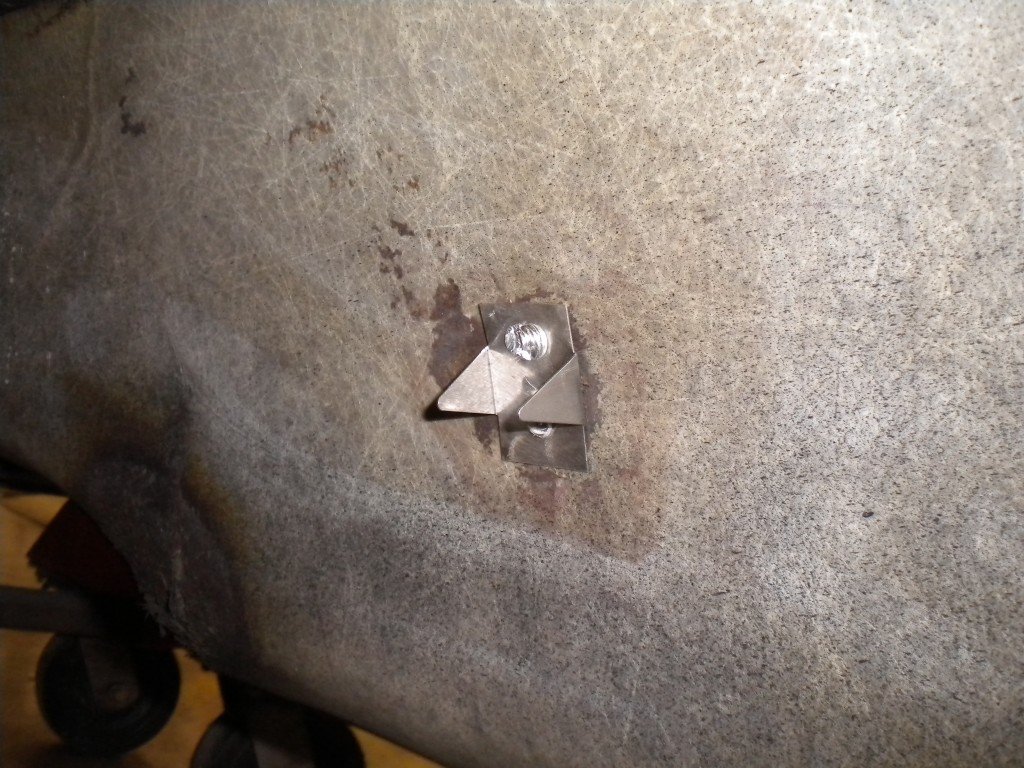 Here is a new mount installed.  We used the air hammer with a special tip that we made and it worked fantastically for mushrooming the rivets over. 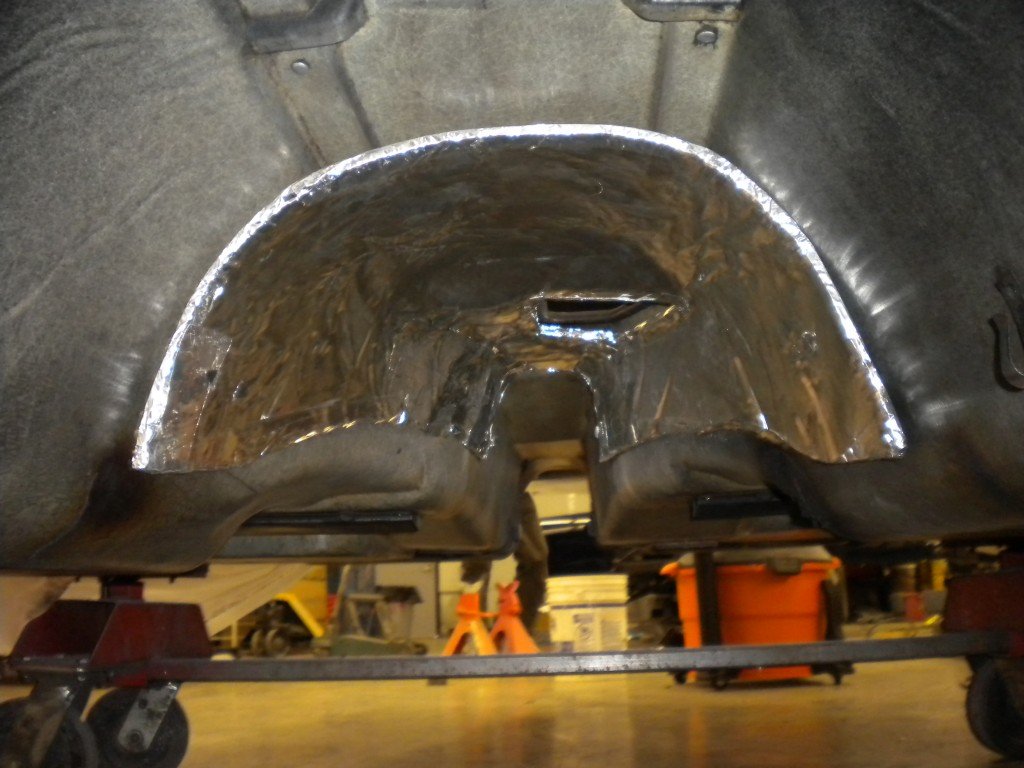 Here is the insulating pad installed. 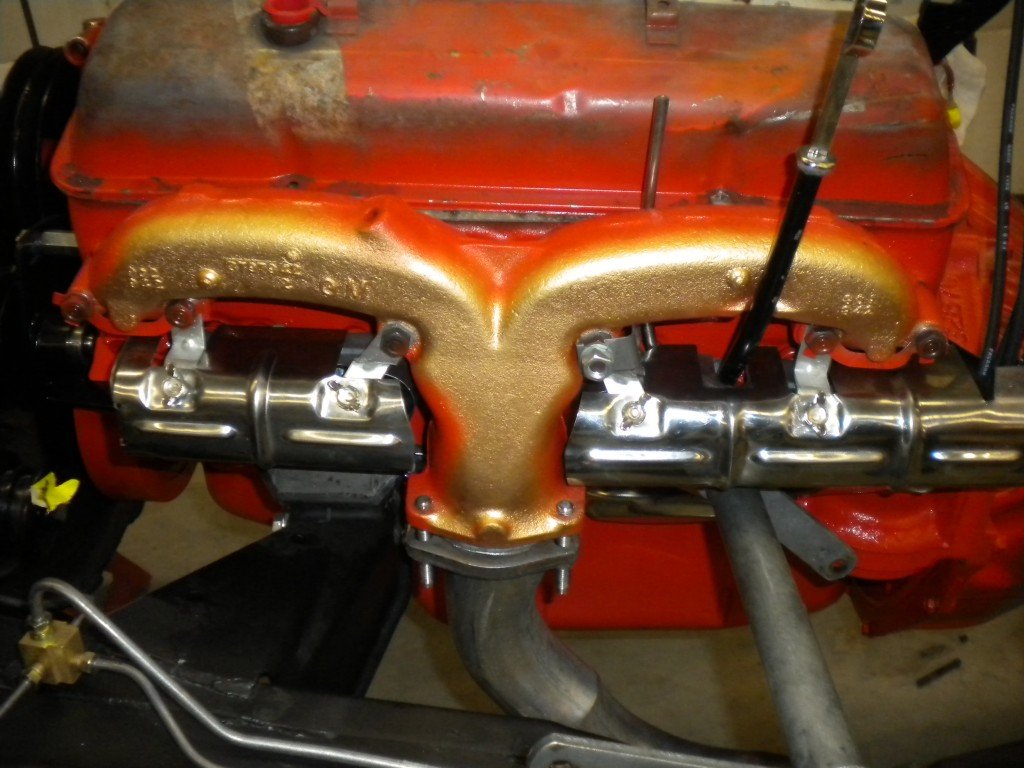 We adjusted the mounting brackets and installed the ignition shielding. 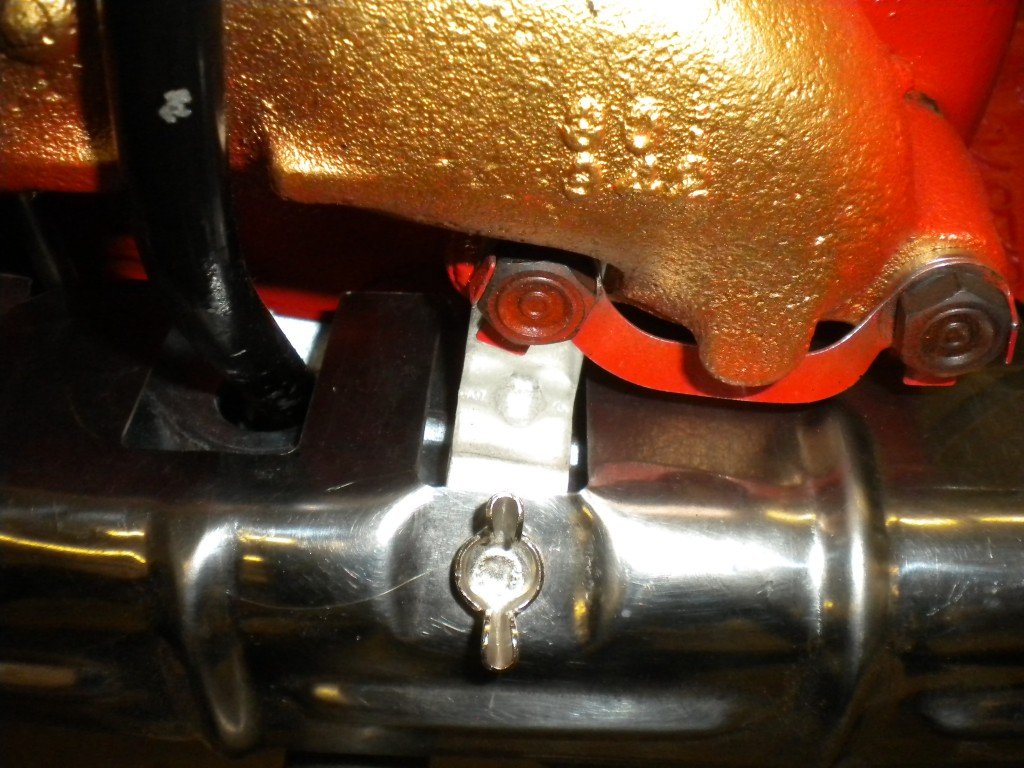 After installing the heat shielding we noticed that the shielding didn’t cover up “Made in Canada” that was stamped into the mounting brackets (the bracket the the wing nut is screwed into).  We were able to use a mild grinding pad to carefully remove the  made in Canada and re-zinc the brackets and not have them look modified. 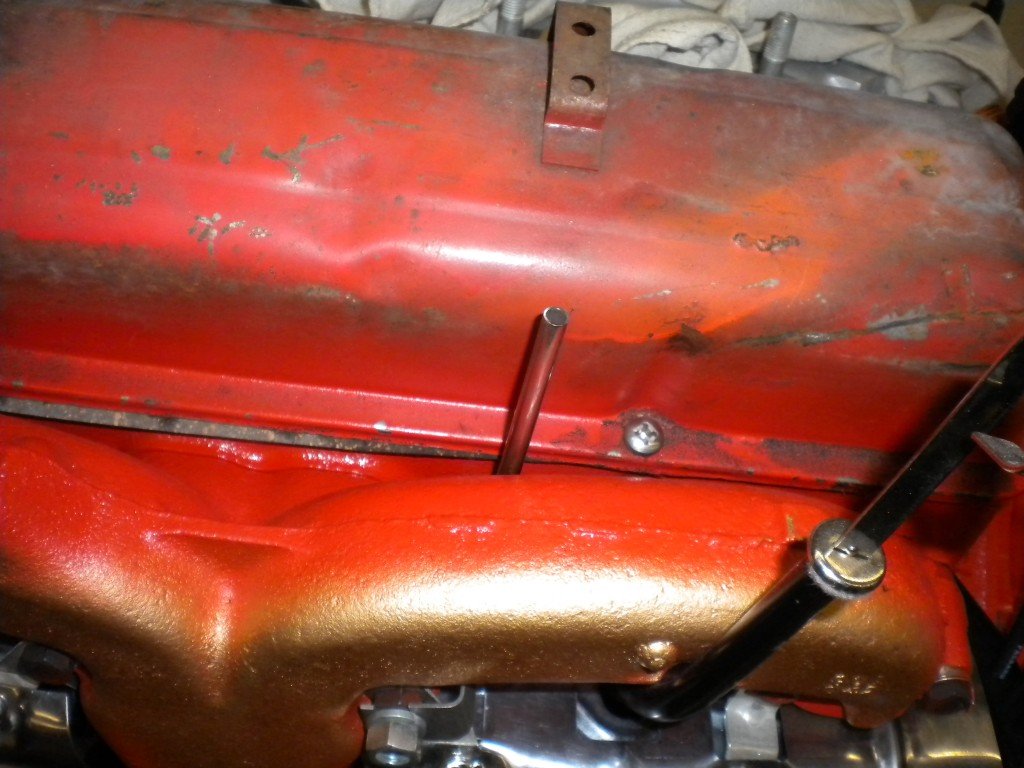 We installed the lower choke tube on the left exhaust manifold. 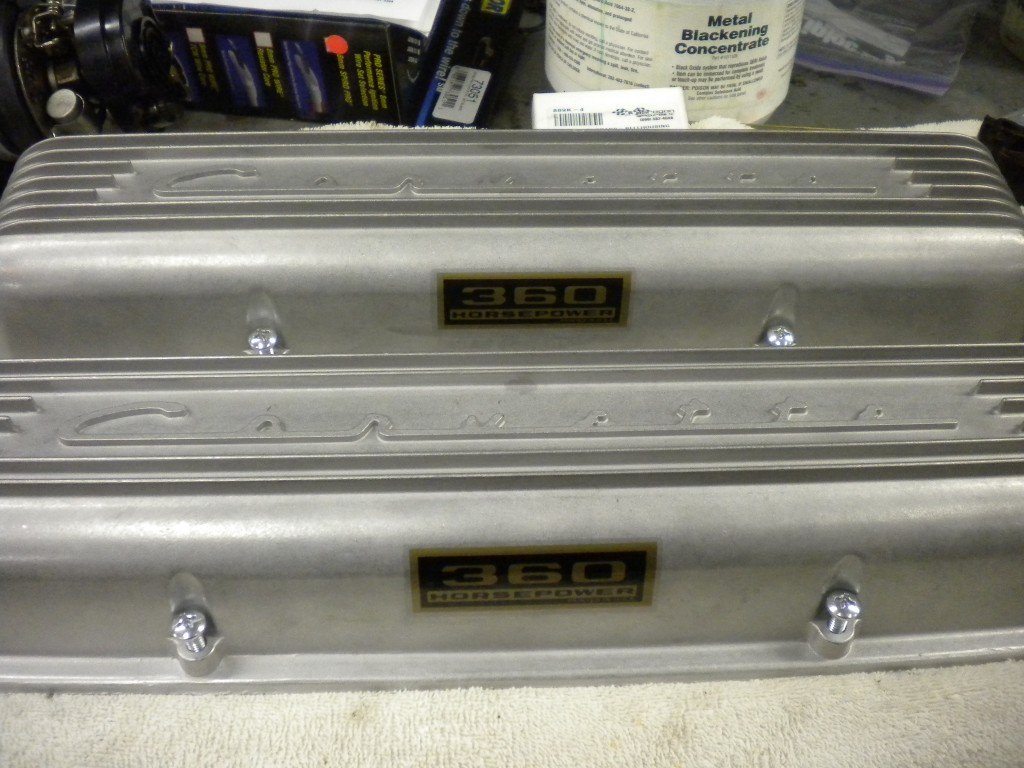