Our 1968 Ford Mustang project continues with confirmation that the fuel system has been badly contaminated with rust.  The rust made the sending unit almost unrecognizable made its way through the fuel pump to the Mustang’s carburetor.  Here is a photo of the fuel sending unit. 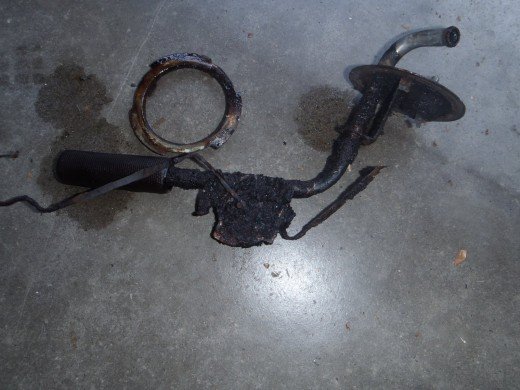 I have never seen a sending unit rusted this badly.

Here is the Ford carburetor before diss-assembly and cleaning. 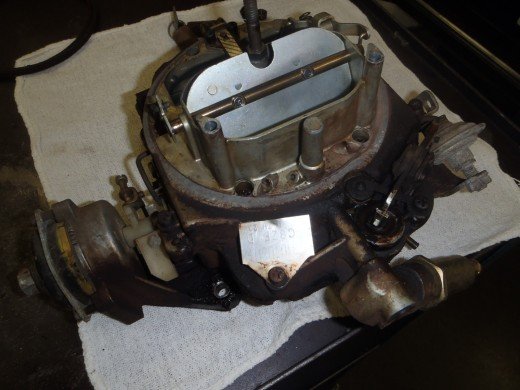 Can’t wait to see what is on the inside.

As suspected the inside is covered in a rusty sludge.  Notice the accelerator pump rubber in the upper part of the photo is stuck in the bore.  Also the jets are totally plugged. 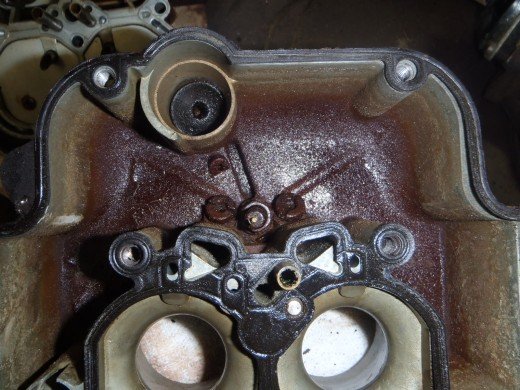 Layer of rust. The jets are totally plugged. I hope the carburetor cleaner will dissolve all that stuff. 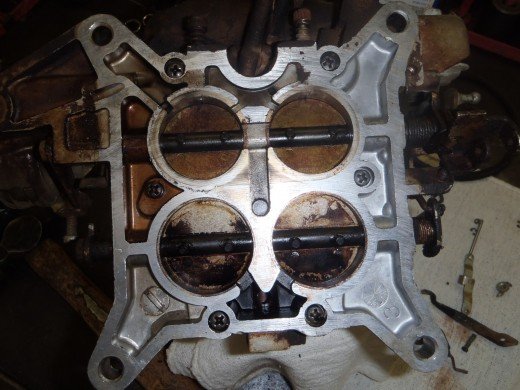 The throttle shaft was gummed up and would not move. Hopefully the trip into the cleaner will free it up. 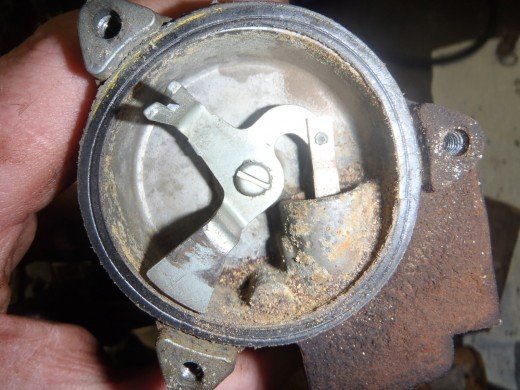 The choke piston is totally seized in place. 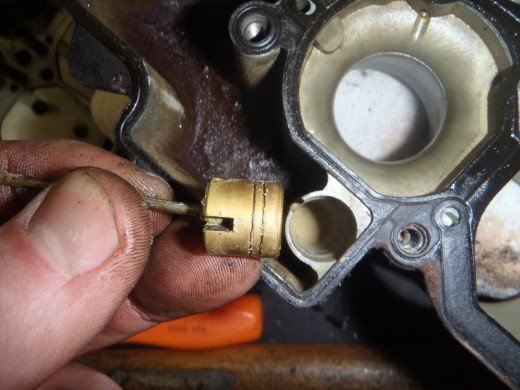 This brass piston was completely seized into the carburetor and required some massaging to get it out.

After a weekend soak in the carburetor cleaner it looks nearly new. 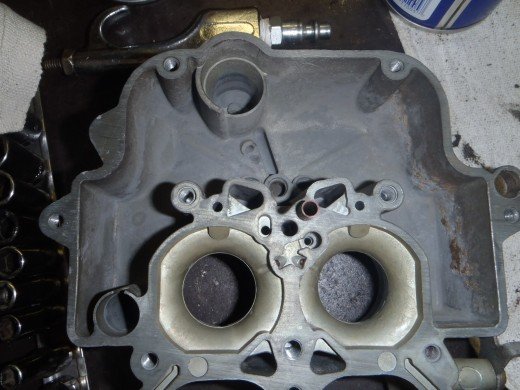 Looks like the cleaner took care of the sludge. 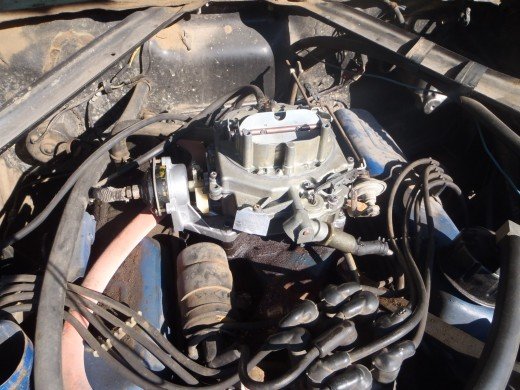 Now onto the fuel pump and lines. The Mustang has three rubber lines: one off the sending unit at the tank, one under the drivers floor pan, and the final one going to the pump from the drivers front fender.  In 1968 these lines were up sized from 5/16″ to 3/8″.  As you can see from the photo these lines have never been replaced. 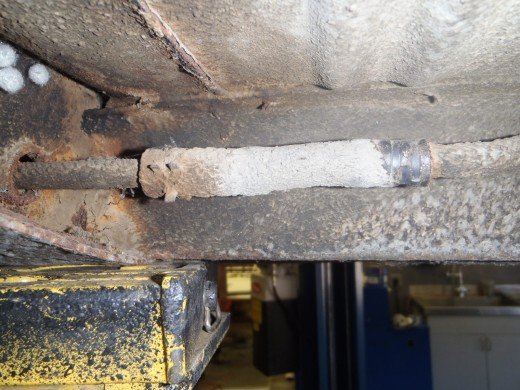 All of the rubber lines need to be replaced. There are a total of three in the system 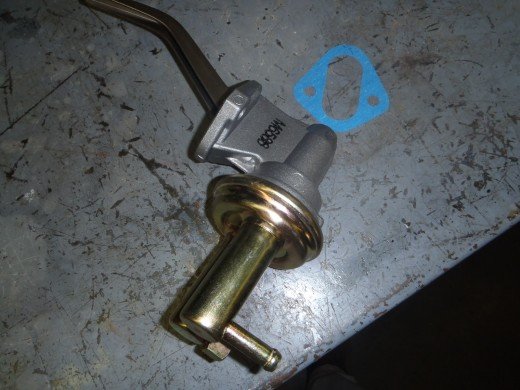 The new fuel pump and gasket. 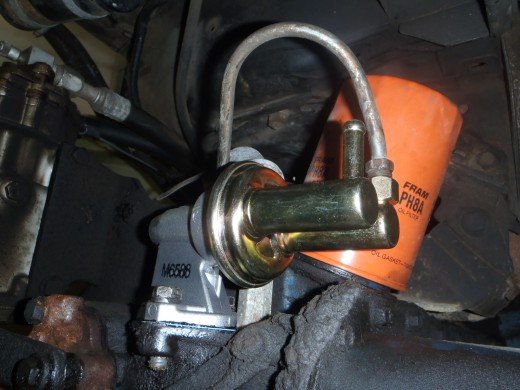