The situation;  your trying to impress a date by taking her out  in your 51 Chevrolet convertible .  You walk her out to your car and to show her what a gentleman you are you try and open the door for her.   The key word is try………  Nothing is more frustration than having your passenger door stuck closed.   In this post we figure out why our 51 Chevy passenger door refuses to open.  Our first thoughts are to blame the latch so we pulled the door panel. 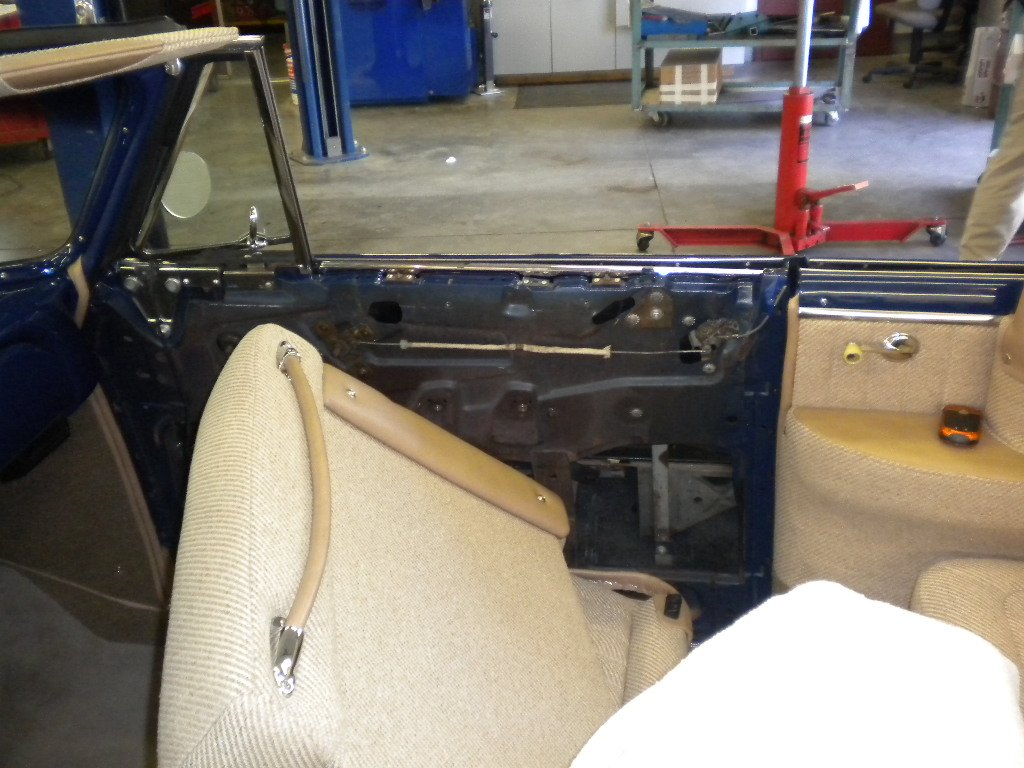 This proved a little challenging but we were able to get it off.  After some investigation we realized that the door handle assembly was working properly.  After holding the release and forcing the door open we found the problem.   The pin on the latch assemble was not releasing from the striker on the door jamb. 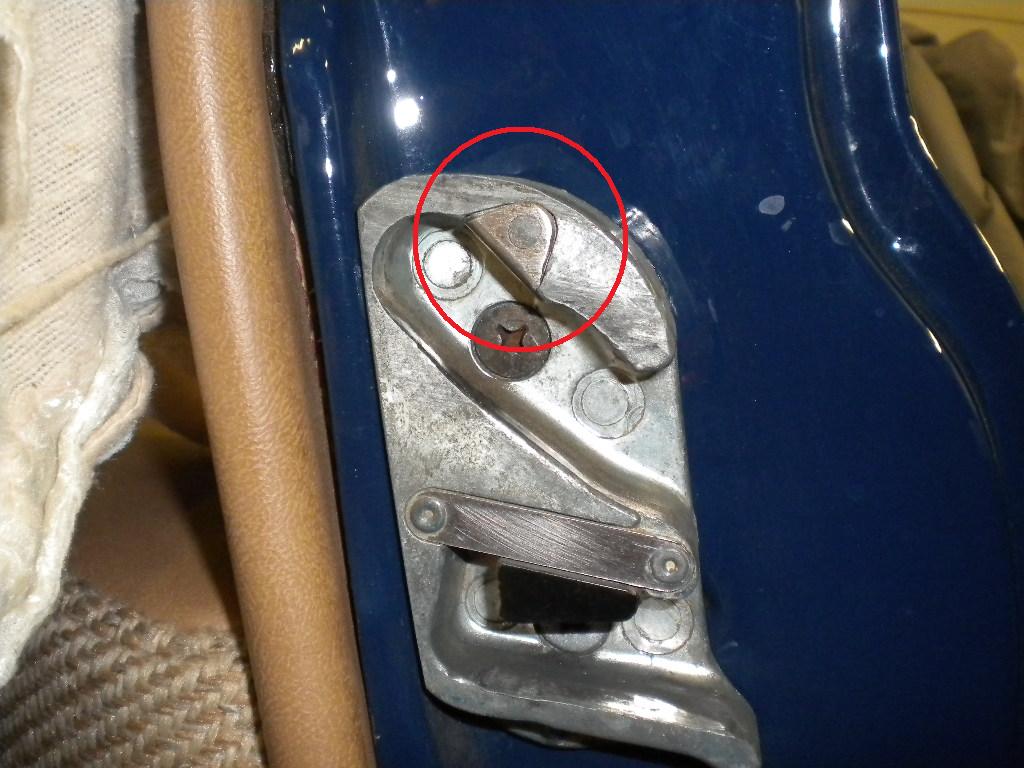 This is the striker for the driver side door.  Notice the reinforcement piece riveted to the striker. 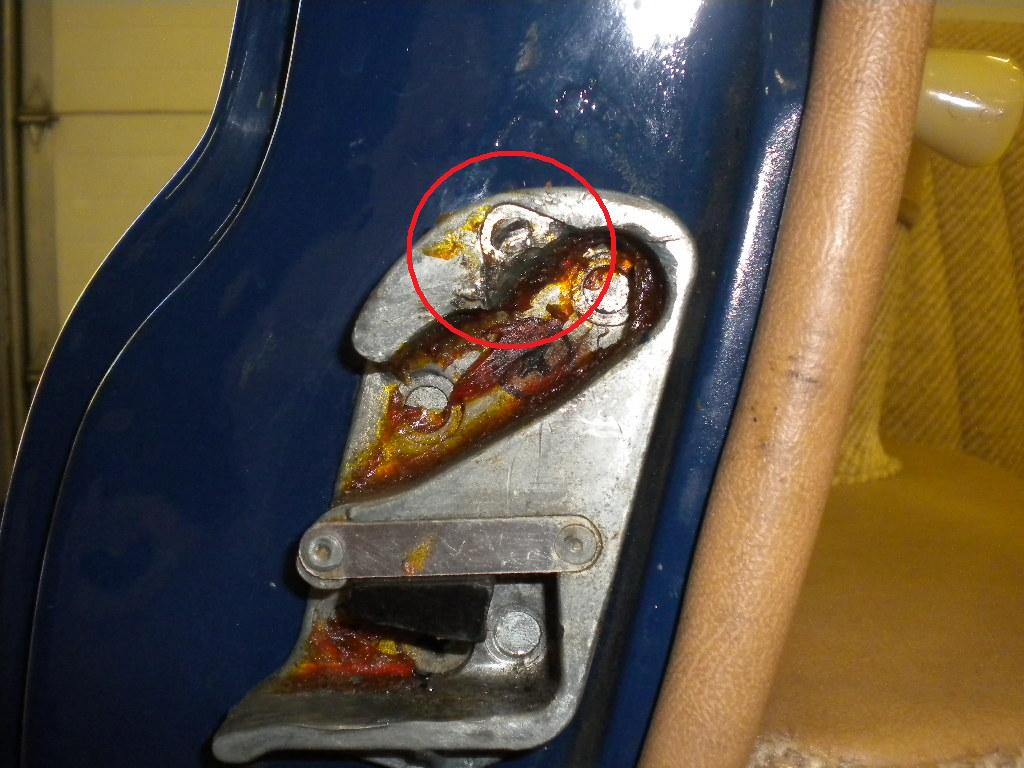 On the passenger side the reinforcement piece has broken off of the striker and has formed a pocket for the pin on the latch to get caught in.  Thus not releasing the latch. 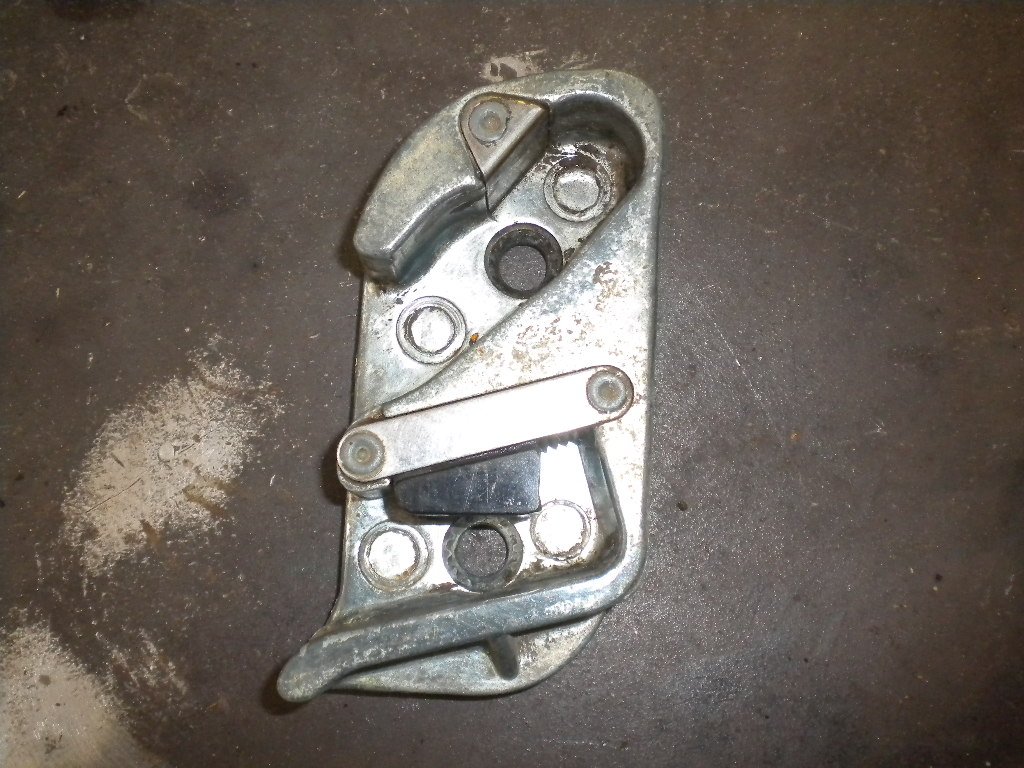 Here is the good look a a  used striker make sure to lubricate it with grease and adjust it  so the latch does not drag on the striker.