In the process of getting our chassis ready, we dug out our Corvette fuel sending unit for inspection.  Our original Corvette sending unit showed its age as the wiring was loosing it insulation.  and the resistance through the potentiometer was intermittent through the stroke of the float.  We decided to purchase an reproduction sending unit to replace our faulty original.  Upon receiving the new unit it was obvious that it was a reproduction and we new it would be called out, so we made some modifications to bring it back to the original look.  This did require the use of some specialty tools, but it was fairly simple in concept. 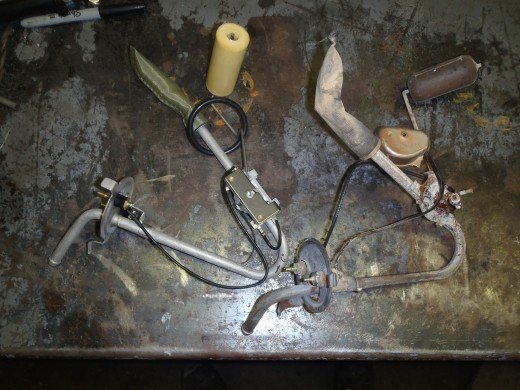 Here are the reproduction and original Corvette fuel sending units side by side. 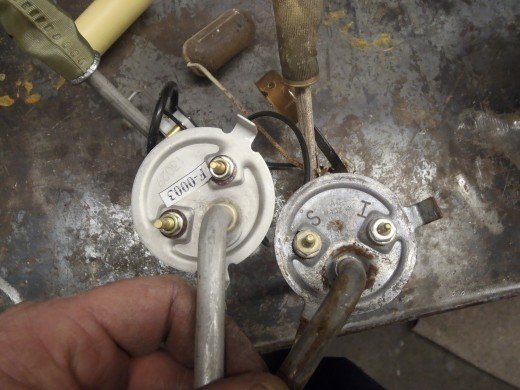 Here is the only visible part that can be seen from outside the car.  Notice the obvious difference from the original to the reproduction. 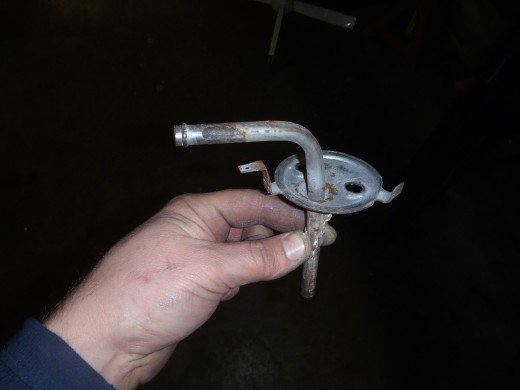 To remedy this problem we decided to cut the top of the Corvette fuel sending unit off. 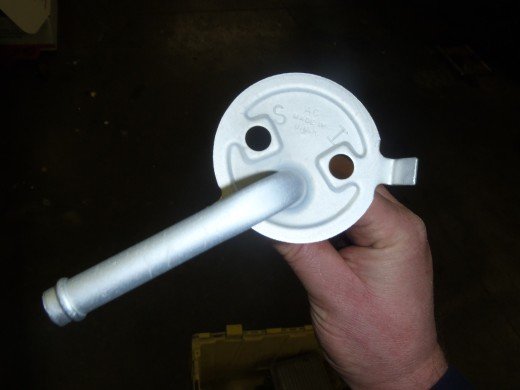 We blasted and re-plated the sending unit in zinc.  Now it looks like a brand new original. 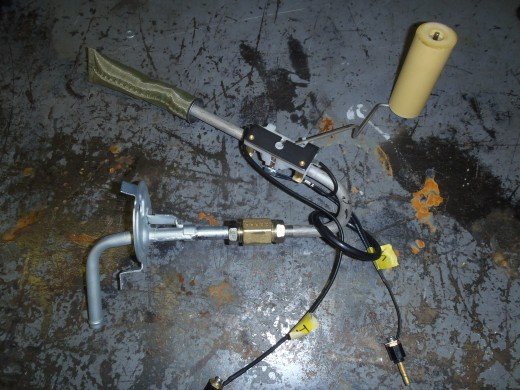 We measured from the mounting flange to the “U” bend on the sending unit, then cut both sending units.  Using an inverted flaring tool we flared the top section of the original and the bottom section of the  reproduction and mated the two together.  After putting the two together we confirmed that our length measurement was still the same.  We also checked the indexing of the pick-up tube to confirm that it would pick up from the correct location in the tank. 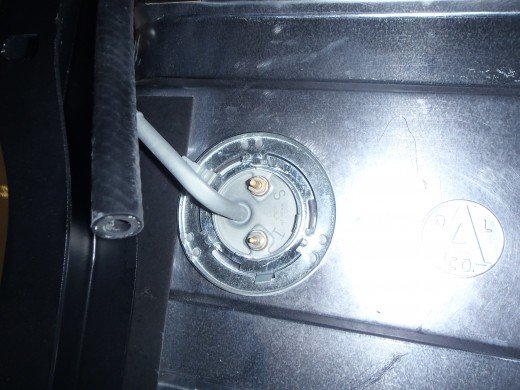 We reinstalled the electrical terminals in the new sending unit top and installed it in the tank.  Now we have a new Corvette fuel sending unit with a stock appearance from the factory.