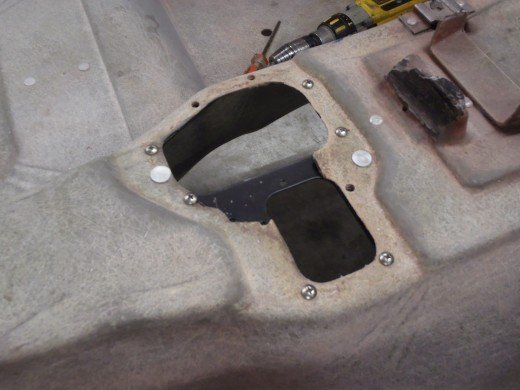 Our original shifter boot retainer was missing from the body, so we riveted a new one in. 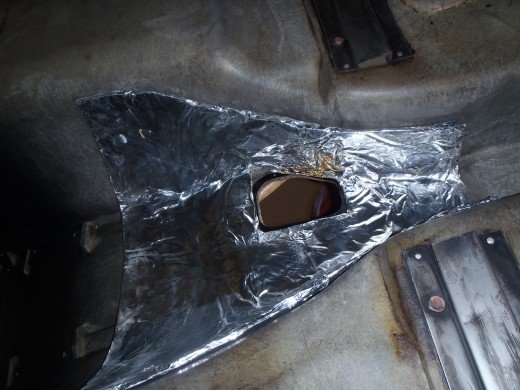 We riveted in new tunnel insulators and installed the new transmission insulation pad. 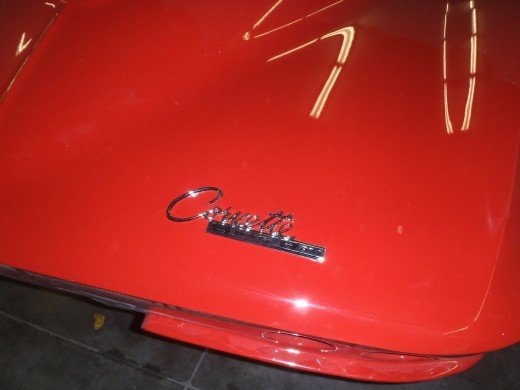 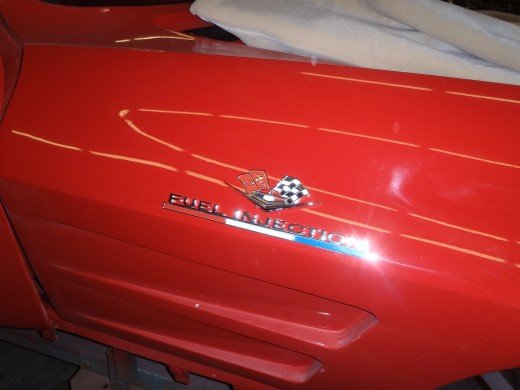 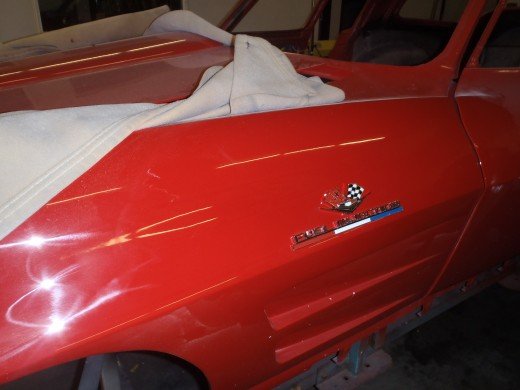 If you put the emblems on the passenger side, may as well put them on the driver side. 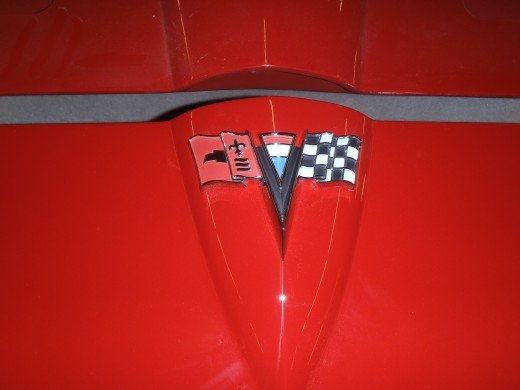 As long as we’re putting emblems on the body, may as well put the front one on too.  Also the core support is not in right now so it easier to install at this point. 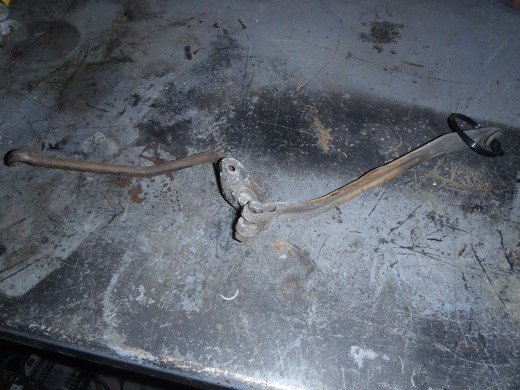 This one can’t be stressed enough.  Once the body is on and the engine is in the way, it is really difficult to put the throttle linkage in. 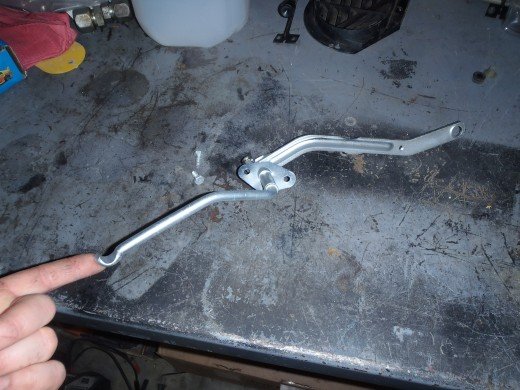 We blasted and re-plated the throttle linkage and installed new bushings with grease (yes, it’s white lithium grease for the Corvette aficionado).  It is ready to be installed at this point.

There are still more items to be installed, the battle of the body drop continues…