In this post, we will show and demenstrate the process taken to install our 1963 Corvette Control Arm. 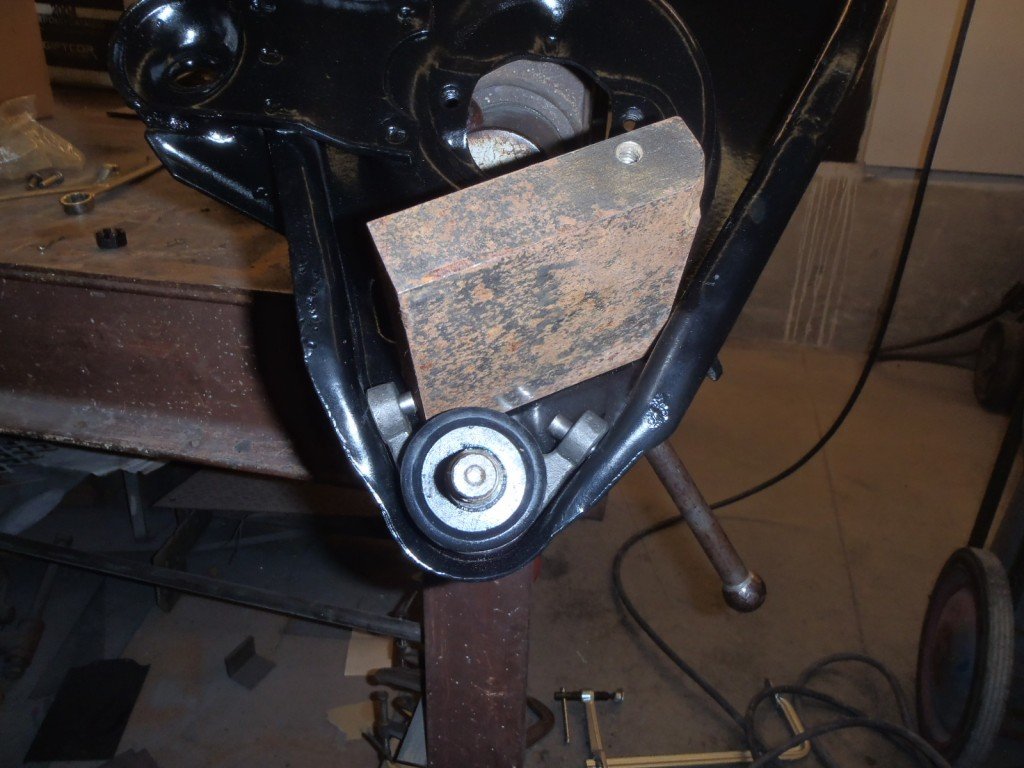 We were able to get the tool for riveting in the lower ball joints on the control arms.  Here you can see part of the tool which consist of a thick block of steel that bolts to the control arm. 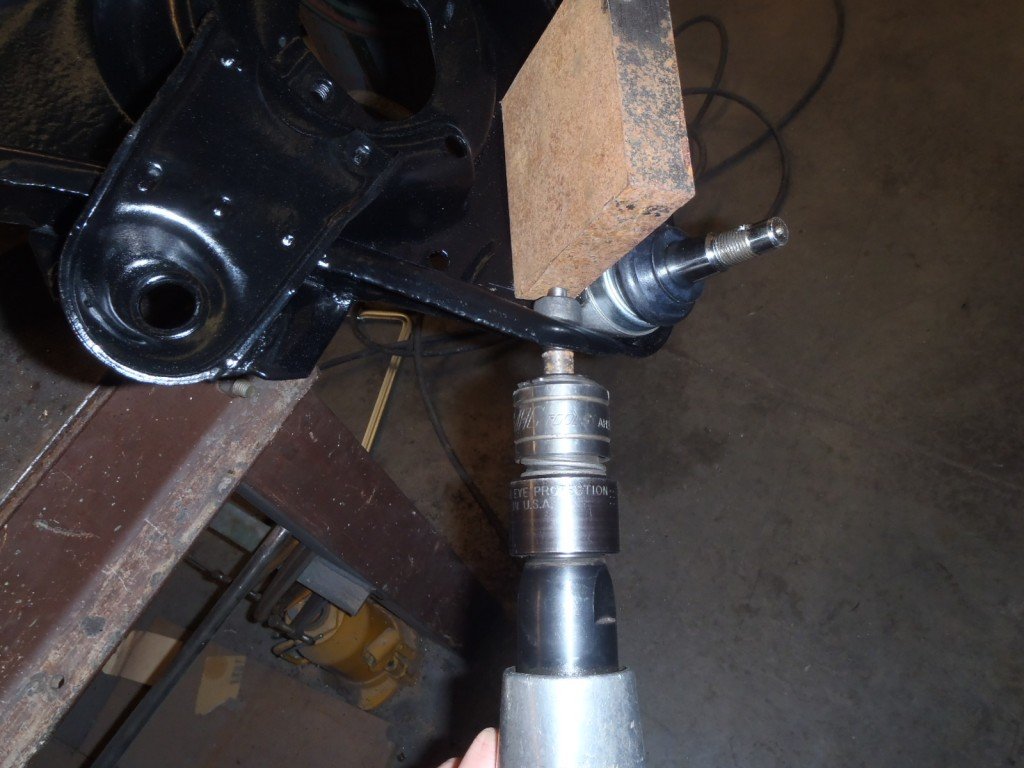 The other part of the tool is a air hammer shank that has a dimple in the end for the rivet head to sit in.  Using and air hammer the rivet will mushroom out as you drive it in. 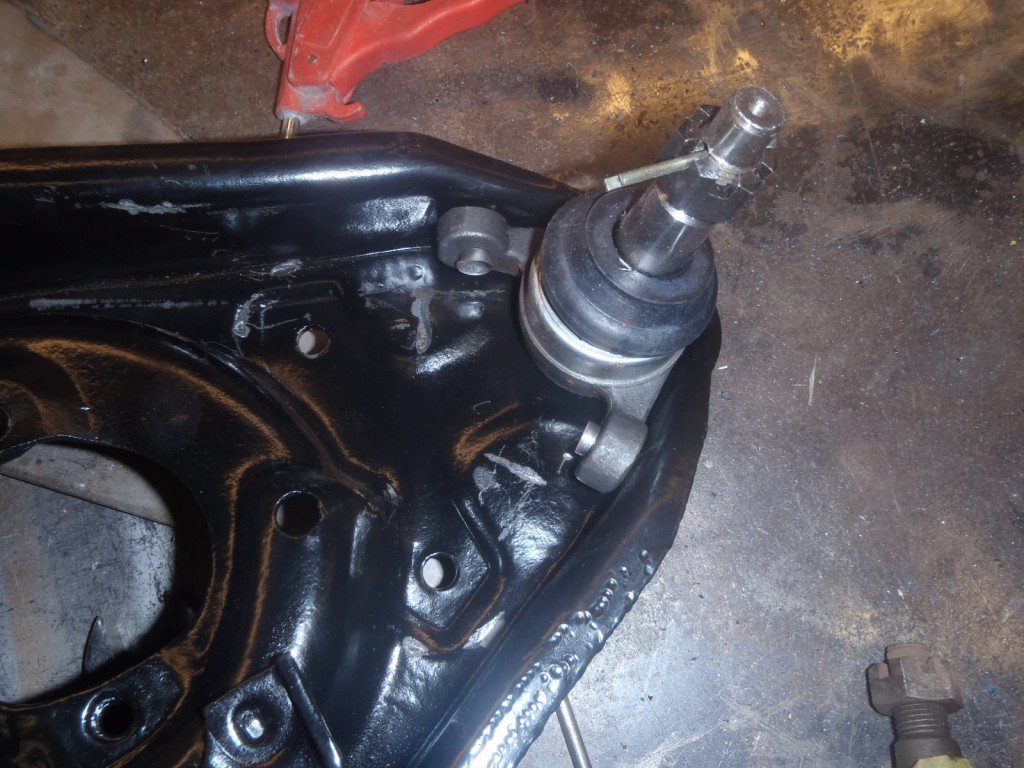 Here is the ball joint installed.

Enjoy a video on the ball joint install! 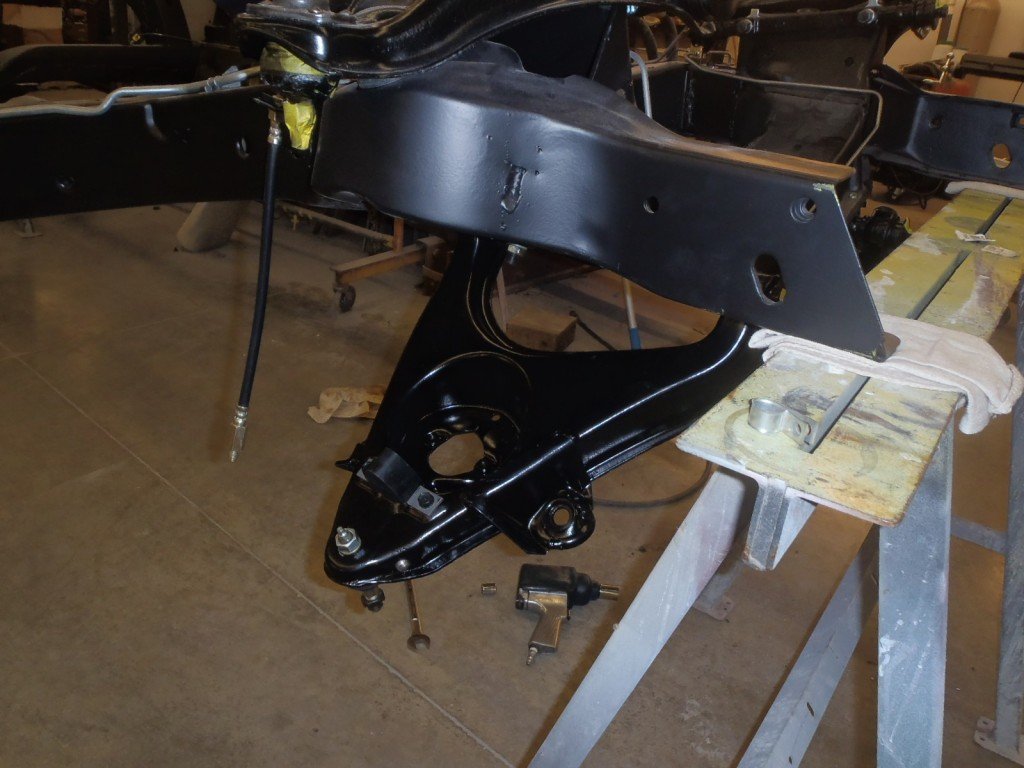 Here is the control arm installed on the frame. 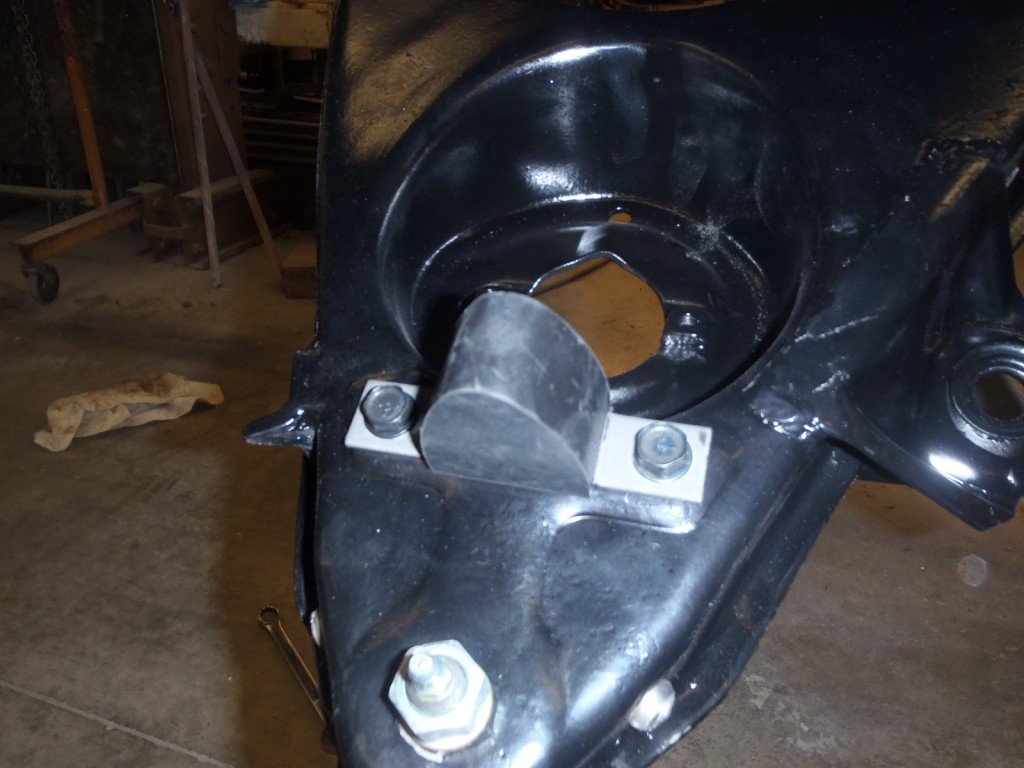 The lower bumper installed on the lower control arm. 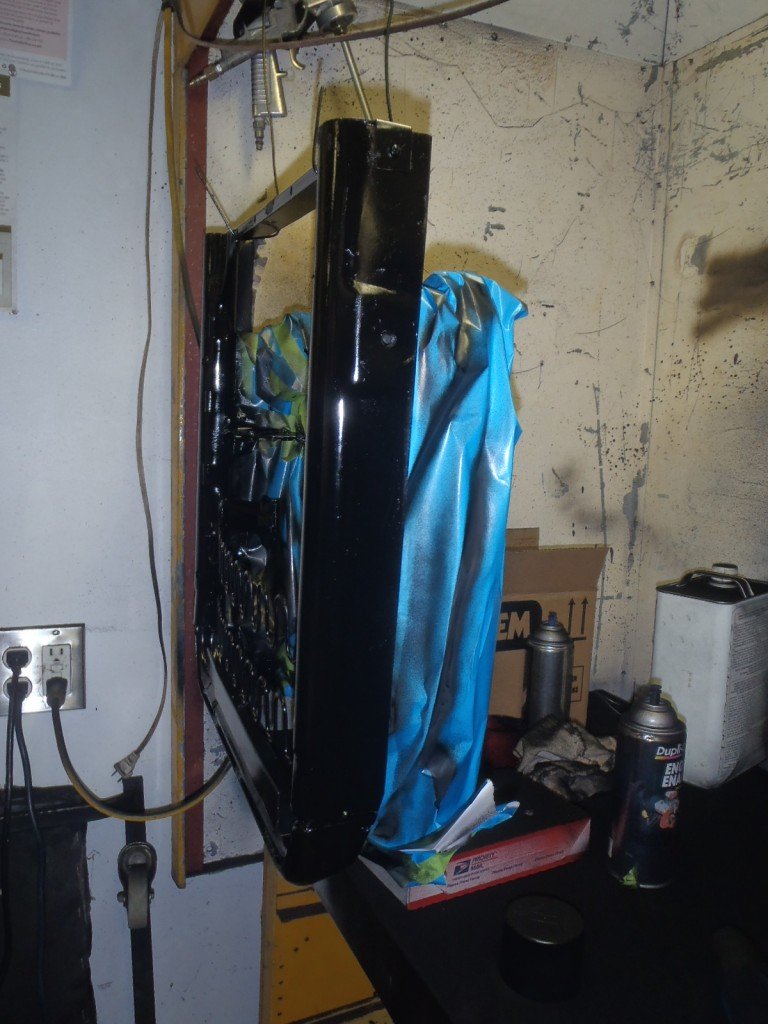 It is hard to see the contrast in this photos, but here are the seat frames after painting and removal of masking. 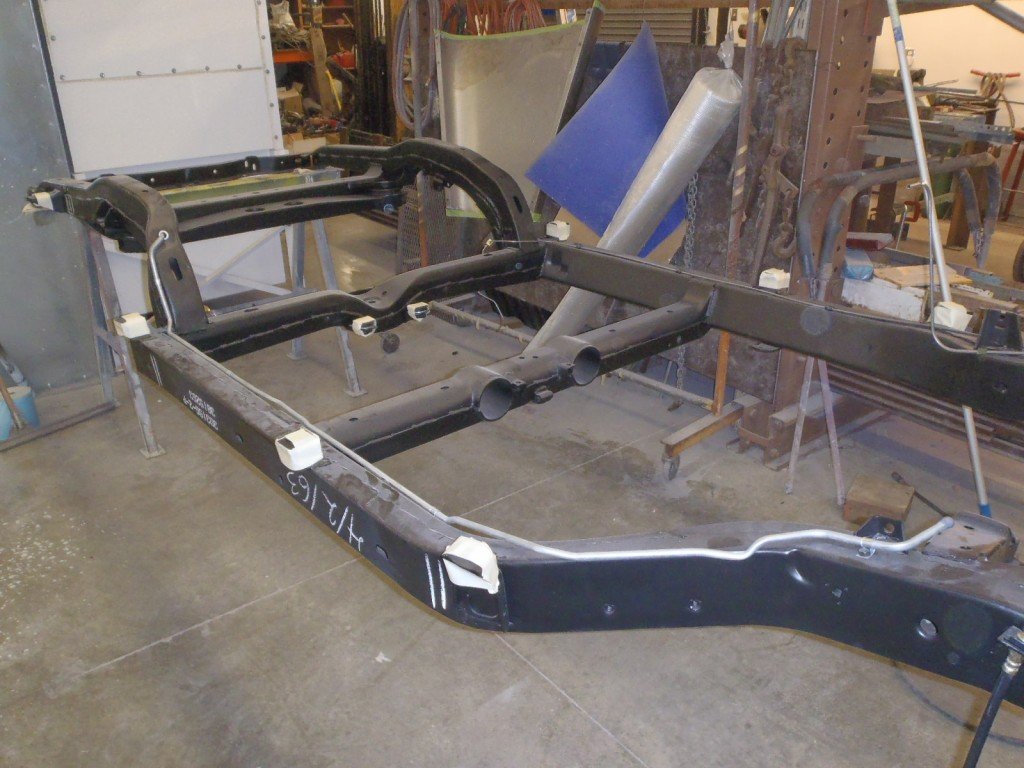 We installed the shim packs on the Corvette frame. 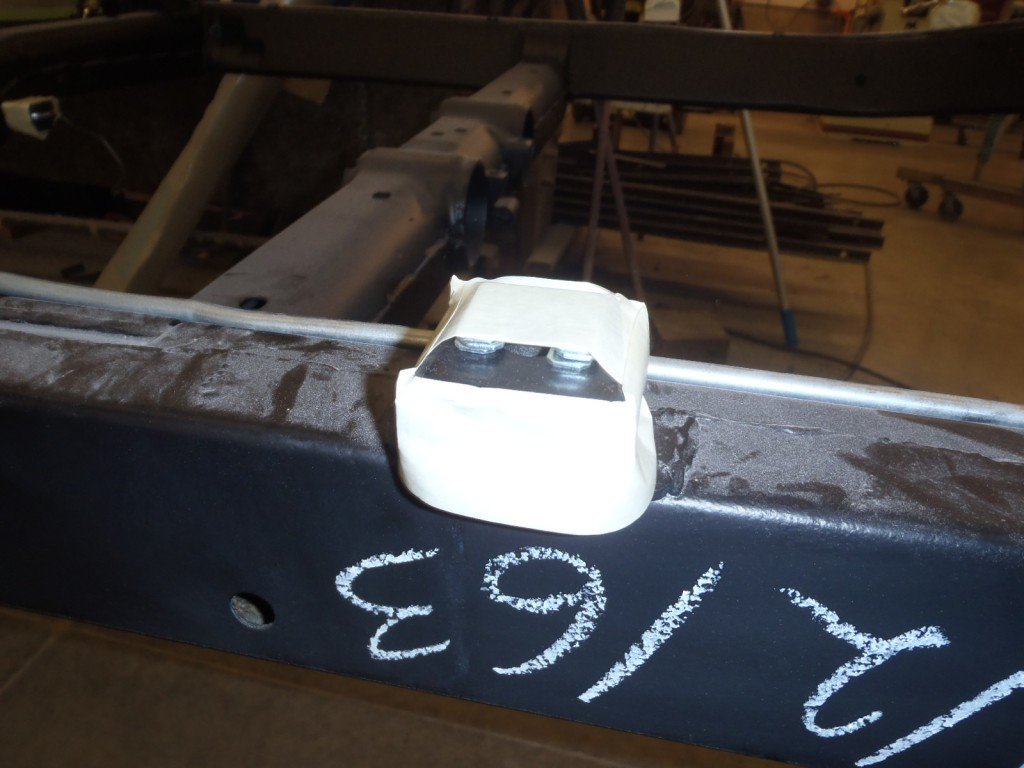 Here is one of the shim packs taped down to the frame like they were from the factory.