Here’s an update on a 1963 Corvette performance verification. Multiple systems are inspected and judged. 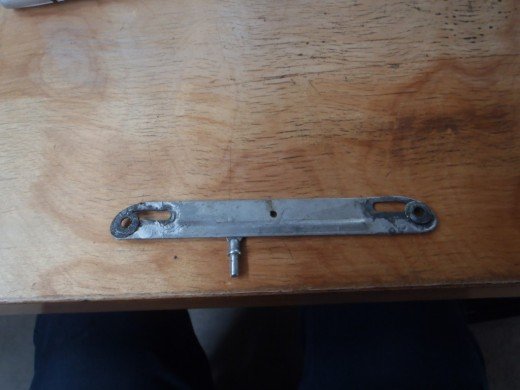 This little bar is what controls the air flow for the heater box.  The linkage was pulled from the console and inspected for any major damage, which was then reinstalled.  Adjustments were made to the cables to allow the heater controls to work correctly. 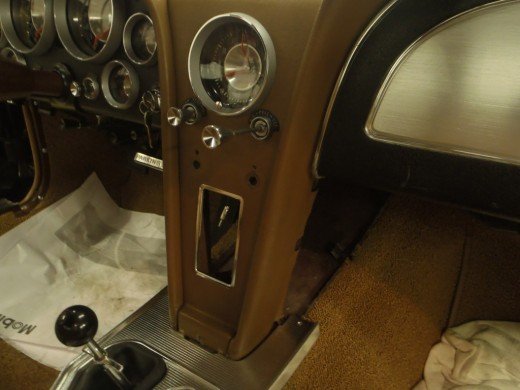 Here the radio is removed from the center console which was then sent to the shop for repairs. 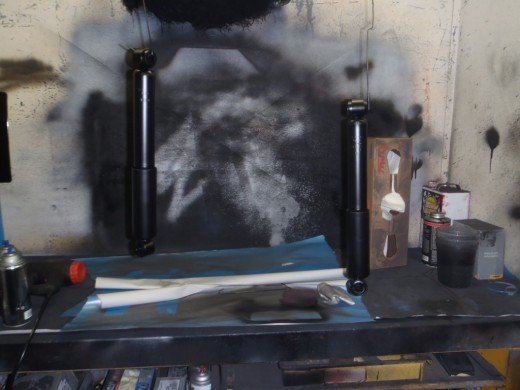 The correct shocks were removed from the rear.  Each shock contained a problem.  One was leaking oil (PV Failure) and the other made a clunking sound (PV failure).  After market shocks were purchased and painted black (seen above).   They were then installed for driving purposes and performance verification.  Having these for the performance verification won’t be an issue as they look the same as the original shocks. 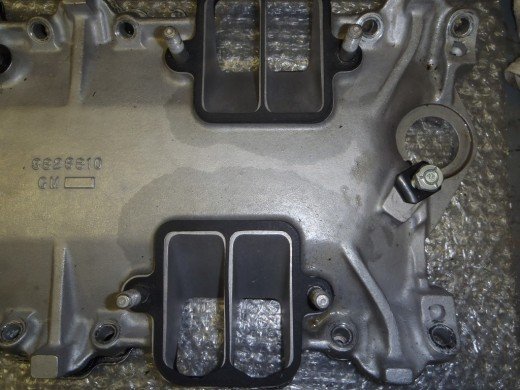 After receiving from the gasket from Tucson, the intake manifold was found to be leaking coolant and a noticeable halo of oil residue was found around the FI Plenum mounting surface (seen above). 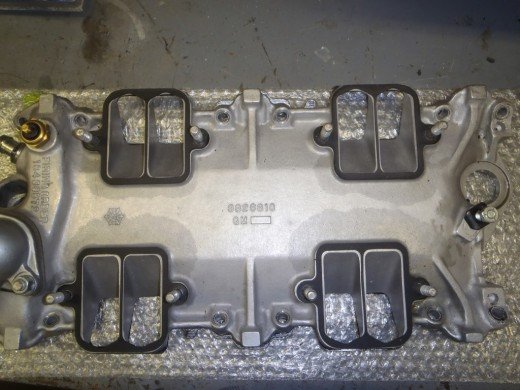 Originally, factory installation used no sealers on the intake gasket for the manifold.  After finding out that the valley where the intake gasket sits was supposed to be painted silver, we realized we could have sealed the gasket and covered it up with silver paint.  After Tucson, we decided to redo the intake gasket so we would have no leaking issues for PV. 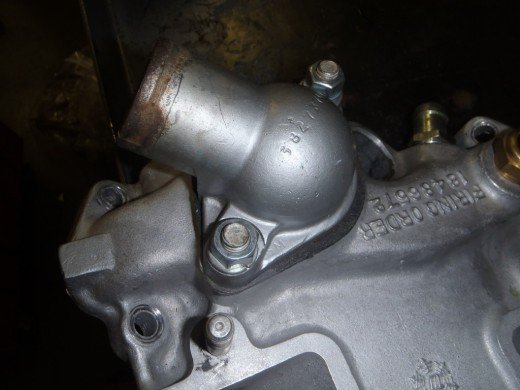 While the intake was off, the water neck gasket was trimmed to the profile needed to pass PV. 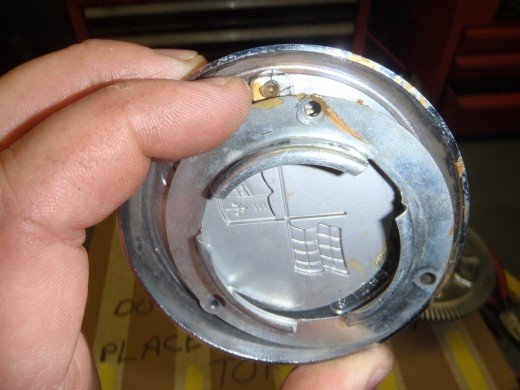 The horn button was found to be defective, which was then removed for repair. Two of the rivets had previously failed and the back plate, in the past, had been glued down.  The back plate was removed and re-epoxied to sit properly.  Alternatively, the team ordered a new button to use for the PV to assure perfect quality. 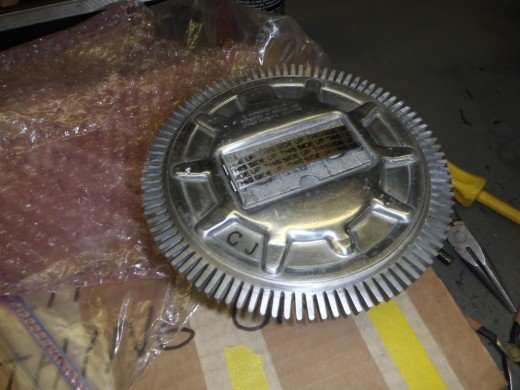 Our newly rebuilt fan clutch has arrived, it looks great! We will have it installed shortly. 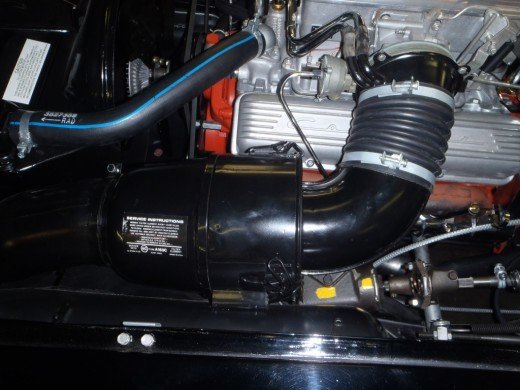 We have reinstalled the air cleaner assembly. 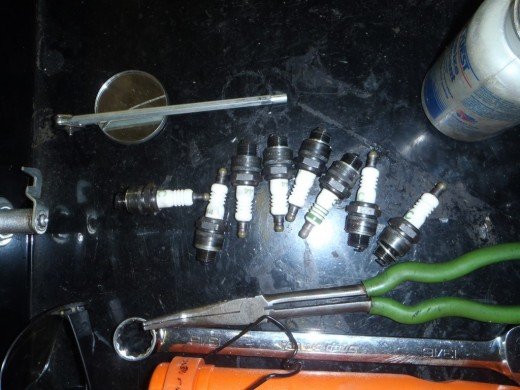 As for when the car was not running very well the other day, we suspected the plugs may have gotten fowled. 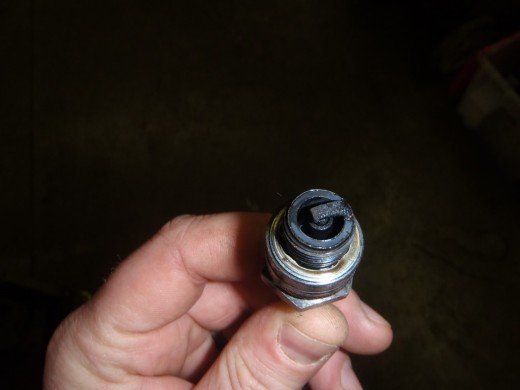 Here is a close up of the plug.  The fowling was likely caused by redoing the intake gasket as we suspect it was leaking air into the cylinders.  Once we resealed it and air was no longer getting to the cylinders this would have caused the car to run rich which in turn would fowl the plugs.  We removed all the correct plugs for judging and put in a clean set to use for PV. 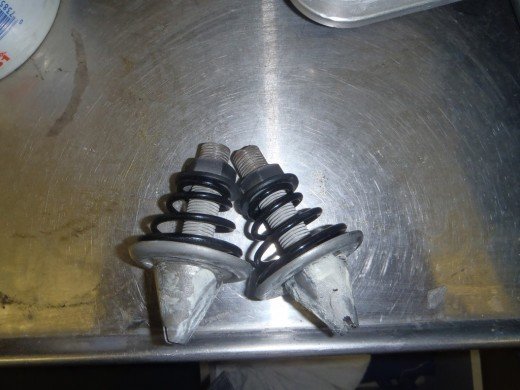 Here are the hood pins that we had installed on the car previously. 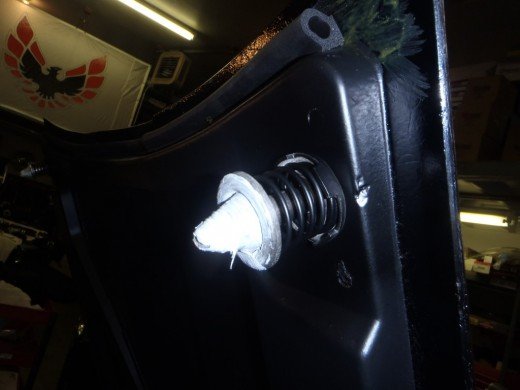 As you have seen when out were out here before we have installed the correct pins on the hood.  We also gave them the correct over-spray and white grease.