In this post, we demenstrate the process taken for a 1963 Corvette Differential Install and Fuel Tank Stencil. 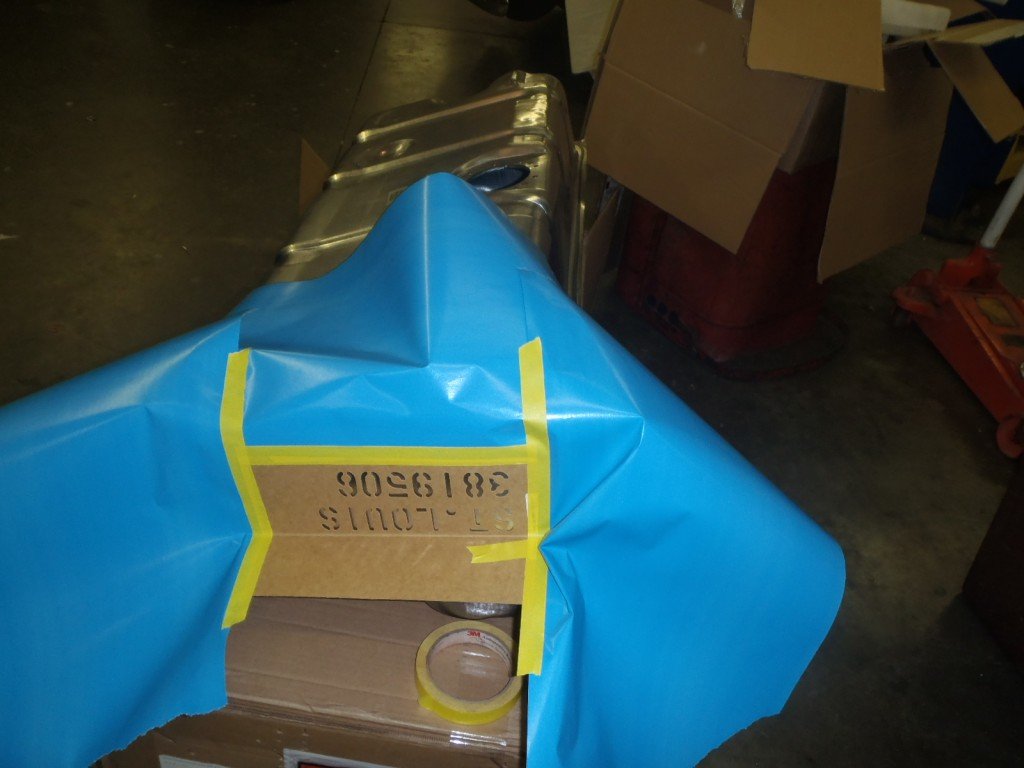 With the use of cardboard, we masked and painted the gas tank stencil. It was quick and easy to complete. 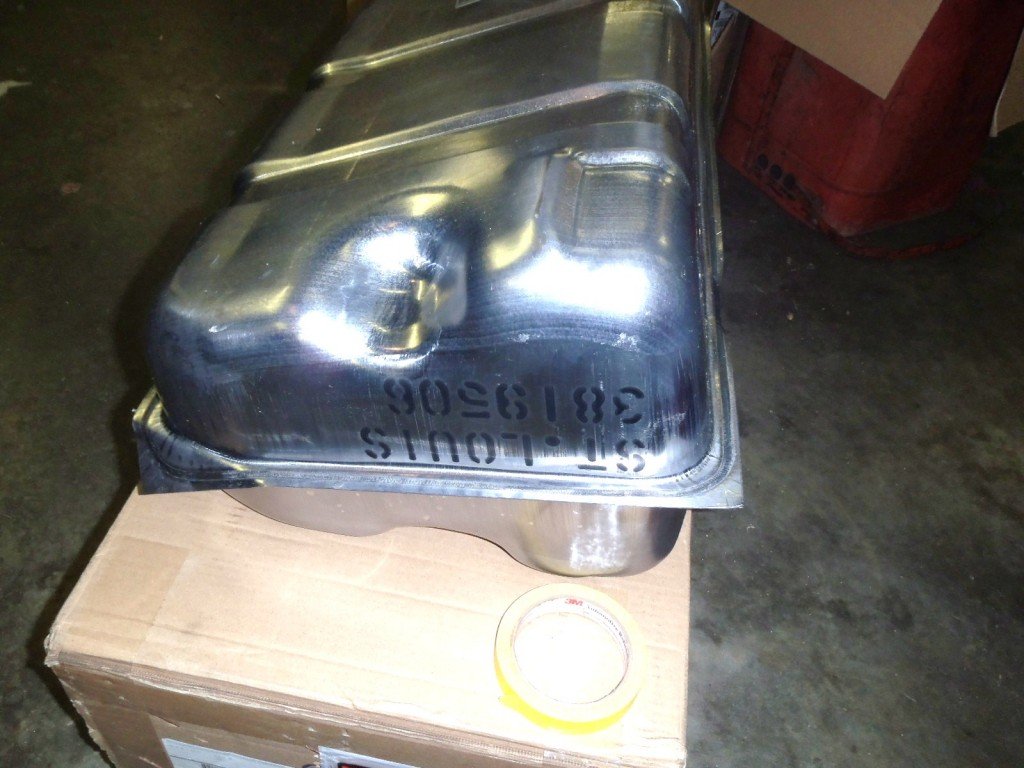 Here is the stencil painted on the tank.  Here is the great thing about the stencil, there is no mention what so ever in the judging manual regarding the tank being stenciled, however it is known that they were stenciled when installed. 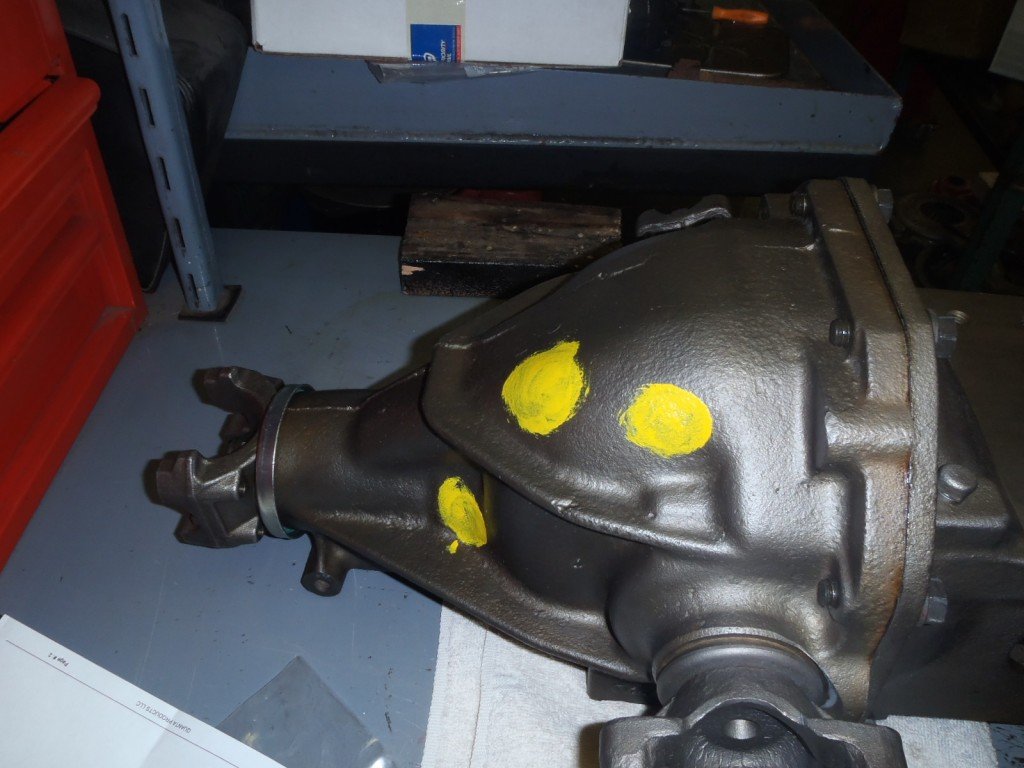 These are the locations of the original assembly marks as we found them when we disassembled the chassis. 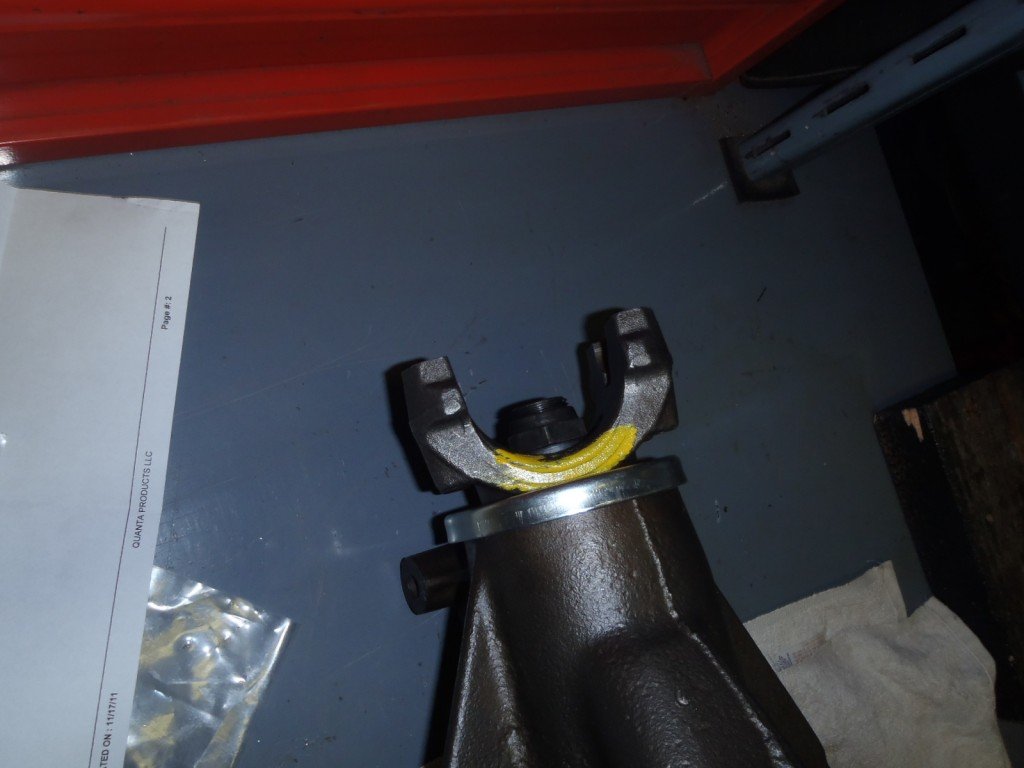 Here is the assembly mark on the differential yolk. 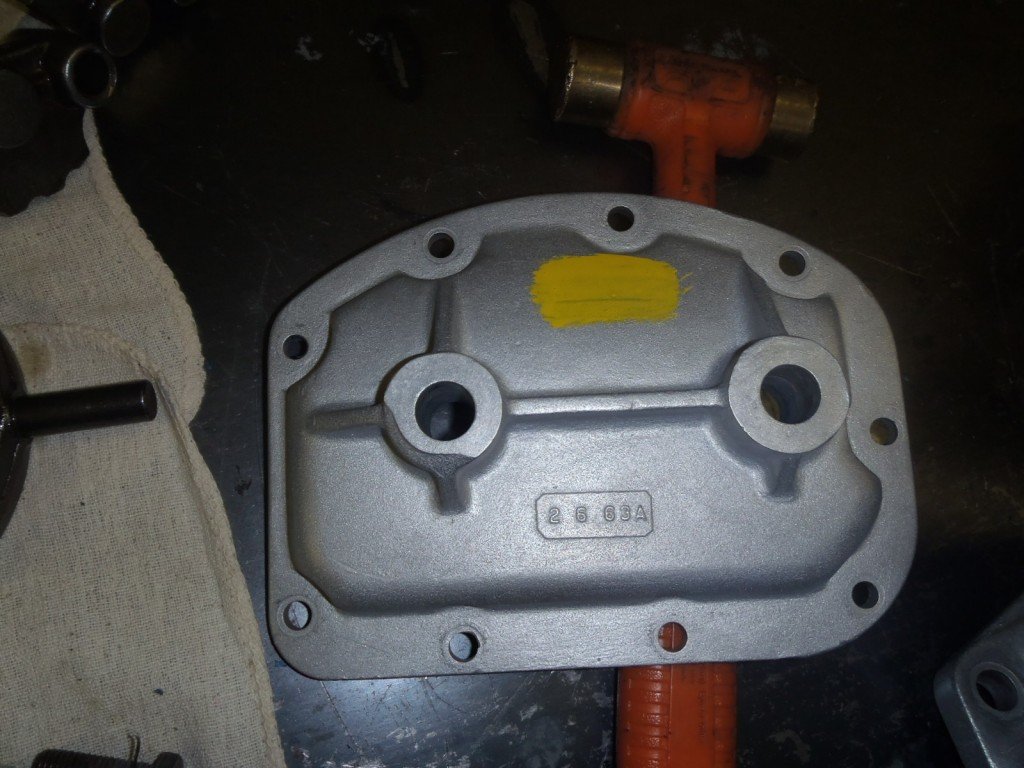 Here is the assembly mark on the transmission cover plate. 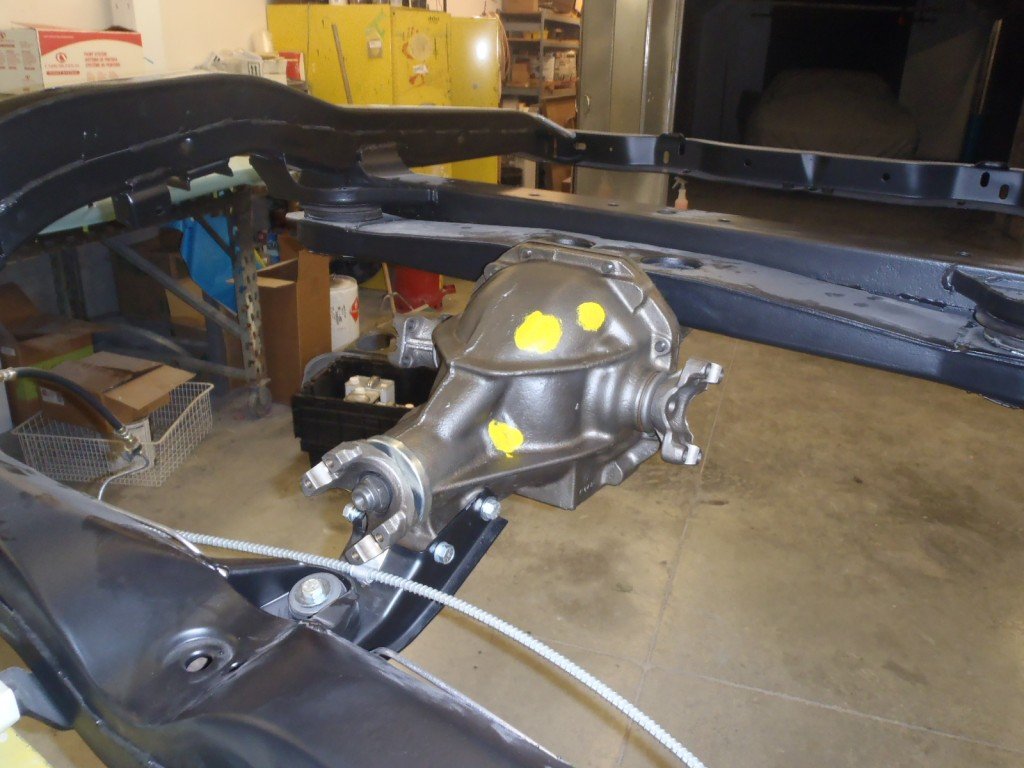 Next, we took the differential and installed it into the chassis. 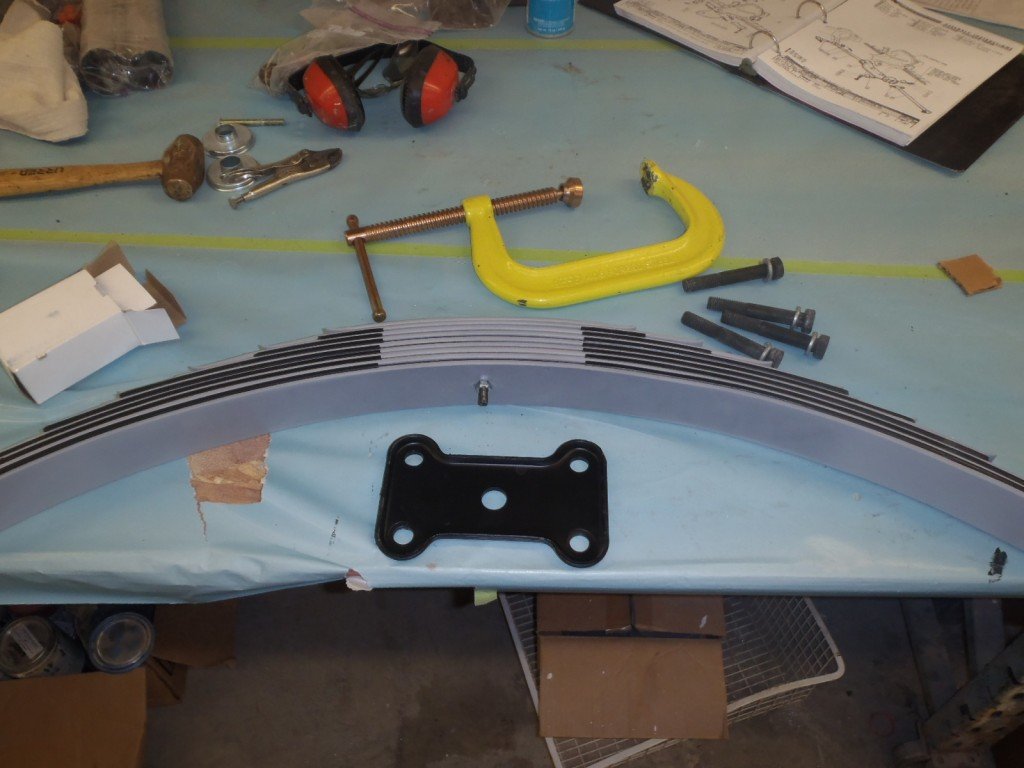 Here is the rear spring pack reassembled with it’s liners.  Once the lock washers on the mounting bolts were painted black oxide, we  installed the spring packs to the chasis.